March of the Makers in high profile government visit 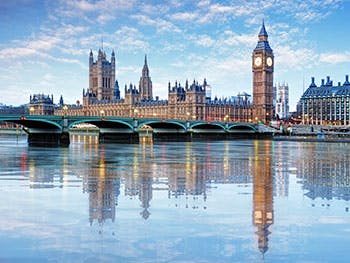 Birmingham City University supported a delegation of West Midlands businesses who travelled to London this week (Tuesday 3 February) to showcase the strength of Midlands' industry to Westminster officials.

Facilitated by regional business group 'Made in the Midlands', 50 ambitious manufacturing and engineering SME members met the Secretary of State for Business and Innovation, Vince Cable, to share all that the region has to offer, including demonstrating where they believe major economic wealth and job creation will come from in 2015.

Made in the Midlands Chief Operating Officer, Charles Addison, said: "It was a really exciting visit and we're very proud to have led this delegation with the support of Birmingham City University, with whom we've been in partnership on our growing industrial initiative for five years. Our members had the chance to see and understand how our government works and to be heard on some of the challenges they will face this year."

In a year of high profile industry visits, Made in the Midlands has met and interacted with George Osborne, Nigel Farrage and Nick Clegg, helping them to understand the changing needs of industry.

Joanna Birch, Director Enterprise, Innovation and Business Engagement, Birmingham City University said: "As a practice based university committed to the growth of the regional economy, Birmingham City University has a long established track record of working with leading Midlands firms to facilitate design led thinking and help them innovate. Working with partners like Made in the Midlands is an important part of our work in celebrating Birmingham's industrial design credentials."

Find out more about our work with business