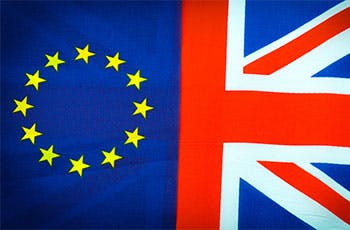 Liberal Democrat leader Tim Farron will visit Birmingham City University next week (Thursday 9 March) to talk to employers and students about the impact Britain’s vote to leave the European Union will have on the West Midlands and UK economies.

The MP for Westmorland and Lonsdale will be joined by Beverley Nielsen, the Liberal Democrat candidate to be the West Midlands’ first directly elected mayor, as part of an event highlighting the challenges and opportunities presented by the landmark Brexit vote.

The event, titled ‘Reform and Remain, Brexit and Exit’, is the latest in a series of business sessions held by Birmingham City University’s Centre for Brexit Studies and the West Midlands Economic Forum.

Mr Farron will speak to attendees from the region’s businesses at the University’s City Centre Campus in Birmingham’s Eastside.

He will learn how BCU is developing the next generation of the region’s workforce in areas such as engineering, the arts and computing.

Professor Julian Beer, Deputy Vice-Chancellor at Birmingham City University, said: “Mr Farron’s visit will be an opportunity for businesses to hear how the changing political landscape might impact their organisations and to ask the questions which are of the most importance to them and their staff.

The city of Birmingham and the West Midlands as a whole can play a significant role in driving growth across the UK. We also know that the West Midlands mayor will have a key role in shaping what our region looks like in the future, so I’m delighted to welcome one of the candidates for the job.
Professor Julian Beer

“Providing these events is an important part of our job as a university, bringing together the business, the educators, the students and the people of the West Midlands.”

Mayoral candidate Beverley Nielsen will contest the West Midlands mayoral election on May 4. The event will run from 2:30pm until 4:30pm and feature a question and answer session with Liberal Democrat leader Mr Farron, following his address.

Register now to join ‘Reform and Remain or Brexit and Exit’.