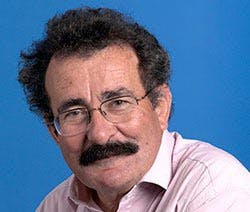 Renowned fertility expert and broadcaster Professor Robert Winston will be awarded an honorary degree from Birmingham City University next week.

Professor Winston is Professor of Science and Society and Emeritus Professor of Fertility Studies at Imperial College London. He has presented numerous award-winning TV and radio series, including 'The Secret Life of Twins', 'Child of Our Time' and the BAFTA award-winning 'The Human Body'. He has also written over 20 books and published over 300 scientific articles in peer-reviewed journals.

In the 1970s Professor Winston developed techniques to improve fertility treatments and later pioneered improvements in In-Vitro Fertilisation (IVF). These subsequently led to developments in pre-implantation diagnosis. He heads up research at the Institute of Reproductive and Developmental Biology at Imperial College where his latest work involves investigations into the modification of genes to improve the treatment of many medical conditions.

Committed to science communication and education, Professor Winston regularly talks at schools across the country. He champions the Reach Out Lab at Imperial College – a state-of-the-art laboratory for school children to experience practical science alongside university researchers.

Professor Winston sits on the Council of the University of Surrey, is Chancellor of Sheffield Hallam University and Chairman of the Royal College of Music. He was voted "Peer of the Year" by his fellow Parliamentarians in June 2008 for his expertise and work on the Human Fertilisation and Embryology Bill.

Professor Winston said: "In accepting an honorary degree at Birmingham City University, I am greatly privileged. This large university's important commitment to education – not only for its own students in so many subjects, but for training students who will improve education at all ages including early years - is very dear to my heart. Institutions like this make a massive difference to our society and to the welfare of the next generation."

Professor Winston's award ceremony is taking place on the afternoon of Tuesday 2 September at the Symphony Hall, Birmingham where the University will be recognising the achievements of students from Birmingham City Business School.