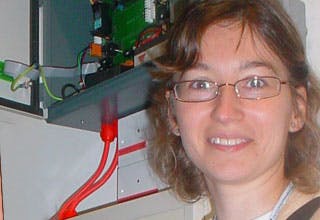 This KTP built on the foundations of a previous Teaching Company Scheme, which made significant progress in creating an ‘intelligent’ device to alert deaf and hard-of-hearing people to a fire alarm sounding.

However, subsequent changes to the British Standard relating to fire alarms in buildings prompted the company to seek R&D support which led to this further KTP. The KTP’s aim was to facilitate the development of the company’s core product to exceed both the letter and principle of the new British Standard. New technologies saw existing manufacturing techniques superseded which had used ‘off-the-shelf’ electronic modules.

A series of mini-projects resulted not only in creating a highly successful new system, but also in equipment to upgrade modules for existing installations. The Associate also researched and briefed members of the design team on current trends in electronic design.

The original intention, for prototypes to be made by the company’s manufacturing partner, proved unachievable. However, the KTP Associate and R&D team successfully undertook the entire design, production and prototype testing. The Associate devised test schedules, test rigs for final product circuit-board assemblies and managed their transfer into full production.

The Associate also delivered a series of successful briefing sessions to pass on details of the design philosophy behind her work to ensure company employees had full understanding of all the elements in the overall project.

Derby-based Deaf Alerter plc is dedicated to making products which save lives in emergencies, displaying information to deaf and hard-of-hearing people normally provided by audible means.

Deaf Alerter has greatly valued the support and input of Birmingham City University throughout both Knowledge Transfer Programmes (KTPs). The support given by the University consultants, along with Maria’s technical contribution, has been very significant. Maria fully deserves the TTI’s recognition for her efforts. We look forward to the commercial benefits of the new transmitter.

The KTP led to: