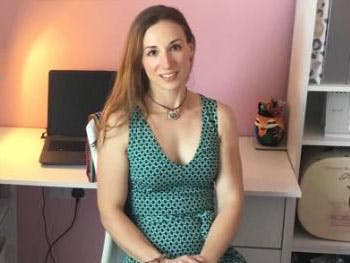 Second year BSc Property Development and Planning student, Charlene Hurd, has been nominated for an award at the annual ‘National Student Awards‘ hosted by Women in Property. Recognised as an outstanding student in the School of Engineering and the Built Environment , Charlene was nominated by Birmingham City University to take part in the awards, which seek out the best Built Environment degree students from across UK universities.

The National Student Awards aim to support students to launch their career in property, by improving their knowledge of potential career paths and connecting them with employers and work placements. Participating in the awards often results in permanent positions for graduates.

While studying for her degree, Charlene also works as a Planning Assistant at Roger Coy Partnership (RCP), where she has been for five and a half years.

It was a complete surprise to receive an email from ‘Women in Property’ inviting me to take part in the 2020 Student Awards. It was a great opportunity; I received positive comments from the Women in Property team and I also met some great candidates to whom I wish luck in the future. I would like to thank the University and RCP for the support I have had so far.

As part of the event, Charlene presented her design and planning project for The Belmont Works which is situated next to Birmingham City University’s campus, which she designed as part of a second year module: "I enjoyed this module the most due to the freedom in the work and how it reflected my role at RCP. This work was also the most visually interesting and I felt that it was important to reflect all aspects in my life such as work, university and my hobbies that make me the planner I hope to be. The decision to go to University came from the drive to become a Chartered Town Planner, to be able to put further accreditation behind my reports."

Reflecting on her nomination, Charlene said: "My newly gained confidence moving forward will help my studies and working practice. I have made new connections on LinkedIn, helping to expand my professional network and the presentation and interview techniques I learnt will help me when I begin working through my RTPI accreditation in final year."

Charlene is really enjoying her time at Birmingham City University and is looking forward to completing her final year whilst she continues in her role at Roger Coy Partnership.