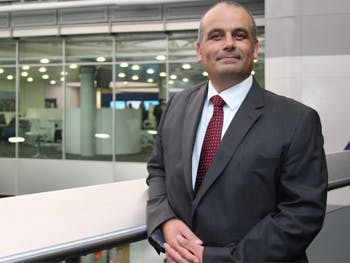 A Black Country academic has gone from Gornal to Ghana after picking up his fourth Professorship spanning three different continents.

David J Edwards, Professor of Plant and Machinery Management at Birmingham City University, has seen his work celebrated by institutions in the United Kingdom, Africa and Australia which have opted to hand him the title of Professor.

But he is now set to scoop his fourth title after negotiating an Adjunct Professorship with Deakin University in Victoria Australia.

Professor Edwards said: “It is an honour and a privilege to be awarded these titles from peers at such prestigious institutions worldwide.

Whilst I am humbled and honoured to receive such accolades, this success is an important reflection upon the quality of teaching and research conducted at Birmingham City University.
Professor David Edwards

“It demonstrates that in key pockets of research, the University is world leading. Such success would not have been possible without the help of friends and colleagues and the support and mentorship of our former Dean, Professor Mel Lees and the late Frank Harris of the University of Wolverhampton. I am indebted to you all.”

Professor Edwards is renowned across the globe for his research which includes engineering design, and machinery health and safety.

His expertise has seen him work alongside the UK and US Departments of Defence, various government bodies and named as a Ghanaian Chief in a special ceremony held in Kumasi.

The unusual quadruple follows successes for Professor Edwards which have seen him named among the most influential academics on research website Research Gate, collect three Emerald Publishing Awards in the same year, and even be formally initiated as an African Chief.

“As one of Africa’s leading universities, it is essential for both our staff and students to learn from his exemplary record of achievement and ensure that our taught curriculum is infused with the latest research and development knowledge.

“His ability to successfully build and manage a research team is invaluable to us and we look forward to a very exciting future under his guidance and support.”