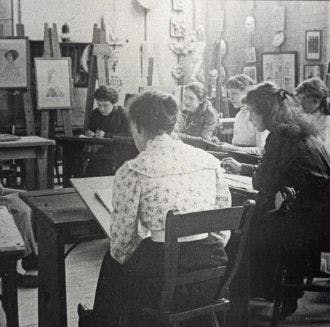 It first opened in a few rented rooms in New Street in 1843. By 1877 it had moved twice and in 1890 a branch school the School of Jewellery and Silversmithing was opened in Vittoria Street in the heart of Birmingham’s Jewellery Quarter.

This collection covers the Birmingham School of Art from before its formation as a Government School of Design in 1843 up until it joined Birmingham Polytechnic in 1971. It includes minute books, student records, programmes and photographs that document the history of the School. There are also a large number of works of art by past teachers and students. As well as fine art these include designs for fashion, ceramics, textiles, jewellery and metalwork, stained glass, furniture, interior design and work produced by the Birmingham School of Printing.

It includes work not only by students attending the School in Margaret Street but also by those from its branch schools. Among the archive is a significant collection of student work carried out under the direction of Leonard Jay, who taught at the School from 1925 until his retirement in 1953. Jay was a teacher who influenced and transformed the outlook of a whole generation of printers, making a significant contribution to British education in the first half of the twentieth century. He made the Birmingham School without equal in Britain and exercised a worldwide influence on printing education policy. 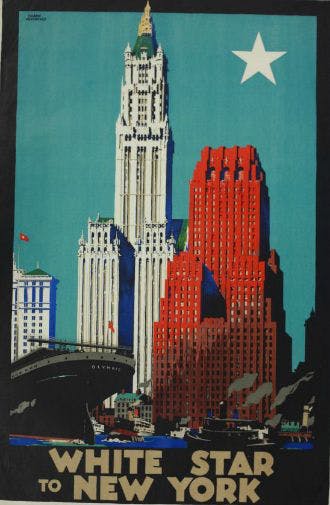 Among those who trained at the School during this period were Gerald Brockhurst, Kate and Myra Bunce, Florence Camm, Bernard Fleetwood-Walker (who later taught there from 1929 to 1956), Georgie Gaskin and Joseph Greenup. The teaching staff included well-known artists such as William Bloye, Benjamin Creswick, Arthur Gaskin, Charles March Gere, Sidney Meteyard, Mary Newill, Henry Payne and Bernard Sleigh.

The collection is particularly strong for the period c.1880-1920. At this time, the Birmingham School of Art was one of the largest and most successful art and design schools in the UK.