Famous artworks to get makeover in new exhibition 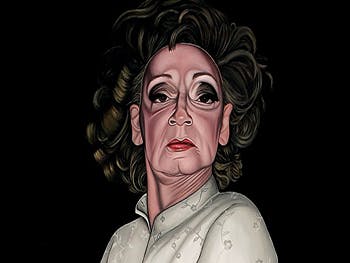 Famous artworks will be given a graphic twist as part of a new exhibition exploring relationships, gender and sex.

The title of the exhibition is taken from a song by Bongwater, a 1980s USA psych-rock band and highlights the exhibition’s aim of challenging audiences about what is considered to be obscene or pornographic by today's standards.

Acclaimed UK artists Sadie Lee and Matthew Stradling will be contributing their works, which will be on display in the School of Art's ARTICLE Gallery on Margaret Street from 14 January 14 to 11 February.

Mona Casey, Course Director in MA Contemporary Curating at the School of Art, and Director of ARTICLE, said: "This exhibition is about artists who explore genres of art such as Portraiture and the Nude and re-interpret that history from a non-heteronormative position."

Some of the images on display are explicit but they all play an important role in creating what is a fantastic, if challenging, representation of relationships.
Mona Casey

Also among the paintings on display will be a series of portraits of Holly Woodlawn, recently deceased, transgender actress and Warhol superstar, who appeared in such movies as Women in Revolt and Trash and also known as the 'he who was a she', in the Lou Reed lyrics of Walk on the Wild Side.

Sadie Lee is famed for her artwork exploring female representation in art, particularly focusing on gender, sexuality and the aging body.

Matthew Stradling has exhibited internationally, with many of his works exploring sex, death and the human body.