Art guru to be honoured at University ceremony 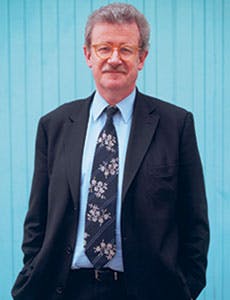 Knighted in 2000 for “services to art and design education”; Sir Christopher is widely considered to have helped to bring art to the forefront of education having been the first Professor of Cultural History at the Royal College of Art in 1979, and subsequently being appointed its Rector in 1996. Sir Christopher’s dedication to education in art saw him pioneer joint postgraduate courses with the Victoria and Albert Museum, the Arts Council, Imperial College and Tate.

Among a number of key positions held, Sir Christopher was the Chairman of Arts Council England, the largest funding body for the arts in the UK, and the Royal Mint Advisory Committee, who exclusively select the designs for new coins and medals for the government. His CV also boasts being the longest-serving Trustee of the Victoria and Albert Museum, as well as previous positions held as the Chairman of the Design Council and Governor of the British Film Institute.

As a well-known historian and critic, Sir Christopher has written and presented on popular BBC series such as; The Face of Tutankhamun which followed the effect of Howard Carter's discovery of the tomb of King Tut and Nightmare: Birth of Horror  an exploration into 19th century literary horror classics such as Frankenstein and Jekyll and Hyde.

Sir Christopher has published 18 books and numerous articles and exhibition catalogues on contemporary art, design and popular culture. He has conducted a series of radio and television interviews with figures from the world of film, including Woody Allen, Deborah Kerr, Ken Adam, Francis Ford Coppola and Clint Eastwood.

To date Sir Christopher’s achievements have won him many awards and recognitions including; the RSA Bicentenary Medal, the Misha Black Medal and the Leonardo da Vinci Medal.