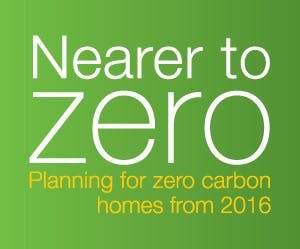 An expert from Birmingham City University is to share his expertise with building bosses and Government policy-makers to help pave the way for the introduction of zero-carbon homes from 2016.

Dr Lubo Jankovic, a Reader in Sustainable Design at Birmingham City University’s School of Architecture, will speak before professionals from the house building and local planning sectors as part of a Nearer to Zero event on Thursday 14 February.

The one-day summit organised by Zero Carbon Hub will bring together experts from both government and the house building industry, who are facing the unprecedented challenge of delivering new housing built to zero carbon standards in the West Midlands from 2016.

“With three years to go, the challenge ahead on the face of it might seem huge but my research demonstrates that we can already now achieve zero carbon buildings which are technically and economically viable and very comfortable for people,” said Dr Jankovic.

“My message to these leaders is that we have an opportunity to achieve zero carbon living on a large scale and this region has the expertise and critical mass to pioneer in this area.”

Discussions will focus upon the current understanding of zero carbon home definitions as well as the costs and viability on delivering the new type of housing.

Hosts of the event, Birmingham City Council, will highlight their work on the Birmingham Energy Savers programme, in which they are planning to retro-fit up to 60,000 households across the city with energy efficiency measure such as insulation and new boilers by 2020.

Beck Collins, a PhD student at Birmingham City University’s School of the Built Environment, has been working on the Birmingham Energy Savers programme since 2010 with an interest in looking at inventions to change people’s energy behaviour.

She said: “What the Birmingham Energy Savers programme is trying to achieve is nothing less than a revolution in Birmingham’s economy, quality of life and environment. I’ve been delighted to have played a part in that.”

Also speaking at the event will be Baroness Verma, Junior Minister at the Department for Energy and Climate Change.

For more information and to book tickets visit www.nearertozero.co.uk.