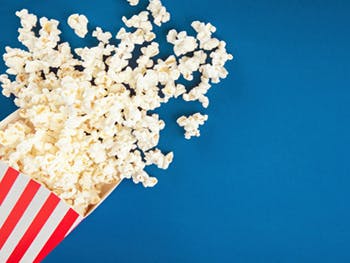 Birmingham will step back in time next month to find and screen the city’s favourite 90s film and kick-off a two-week festival of arts and innovation.

The public are being given the chance to vote for their favourite feature from the decade which will be shown at Birmingham City University’s Auditorium – formerly known as the Giant Screen at Millennium Point.

The Giant Screen, which closed in 2015, has since been converted into a lecture theatre for the University but on Friday June 10 will host a feature length film again for the first time in nearly 18 months.

The special screening will mark the start of the Inspired Festival which runs from June 11 to 26 and showcases the talent of the University’s final year students in disciplines such as film, art, architecture and photography.

Throughout the Festival, exhibitions will be held across the University’s campuses including a variety of events ranging from music and literature performances to fashion shows and innovative technology demonstrations.

The opening of the Festival will be marked with the special screening of Birmingham’s Favourite 90s film which will switch traditional trailers for student made works.

Ten movies have been shortlisted by University experts, drawn from a collection of the highest grossing, multi-award-winning and the most culturally significant movies of the decade.

Sara Middleton, Associate Dean at Birmingham City University, said: “For many of our students the films, art and innovations of the 90s will have had an inspirational effect on them, as well as those behind the activities and entertainment they enjoy today.

“The 90s is also a significant period for us, having officially become a University in 1992, making it the perfect decade for us to celebrate.

Finding Birmingham’s favourite 90s film also gives us the chance to appreciate the art of the past before the Inspired Festival begins and we start to look forward to the future talents being produced here in the city.
Sara Middleton

“And of course, we hope that the impact these students make can be as far reaching as some of the films on this shortlist.”

Voting for the films can be done on Facebook or online (90s film event) until midnight on Thursday 26 May when the winner will be revealed.

Tickets cost £4 per person which entitles attendees to a meal, a drink and a bag of popcorn before the screening and can be booked via Eventbrite or through the voting pages.

The shortlisted movies are:

During the Inspired Festival the public will be given the opportunity to take part in a series of workshops focussed on enhancing creativity, and all events and activities will be showcased using the hashtag #BCUinspired.