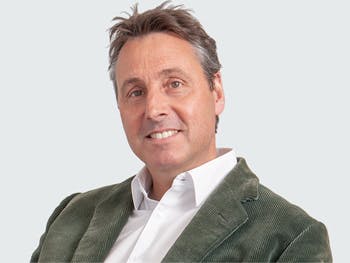 The renowned architect who helped remodel Birmingham’s iconic Custard Factory and Rotunda and is now overseeing the redevelopment of Paradise Circus has been named as a Visiting Professor at Birmingham City University’s School of Architecture.

Glenn Howells’ role will see him provide a series of masterclasses for students and offer advice and guidance for those training to enter the profession; using his expertise and industry experience to develop the next generations of architects in the city.

Howells was born in Stourbridge and first established Glenn Howells Architects (GHA) in London before moving its main office to Digbeth in 1992. Since then he has built a strong reputation for designing innovative and award-winning buildings throughout the UK.

GHA has offices in Birmingham and London, and has won numerous major design competitions building a portfolio of completed award winning projects across all sectors and across a diverse range of building types. Key projects include the Savill Building, London City Island, The National Memorial Arboretum, English National Ballet headquarters and a 55-storey tower in London’s Docklands.

Glenn has led some of Britain’s most complex and ambitious regeneration projects and has been particularly influential in shaping Birmingham over the last 28 years.

His practice has advised Birmingham City Council on regeneration of the City including the Big City Plan and is involved in major regeneration projects including HS2, the Commonwealth Games Athletes Village, Paradise Circus, New Garden Square, Kent Street, 2one2 Broad Street, Port Loop and a new £125 million development in the Jewellery Quarter.

Outside GHA, Glenn has been involved in an advisory role for several leading cultural and education organisations including Ikon Gallery, MADE (the West Midlands Architecture Centre), RIBA, CABE, Birmingham City University, University of Warwick, and Birmingham Hippodrome.

I look forward to being closely involved in supporting the excellent architectural programme working with students and the academic team.
Glenn Howells

I am particularly keen to explore opportunities for the University to be engaged and be part of the huge transformation that is happening in the city.”

Professor Kevin Singh, Head of Birmingham City University’s School of Architecture, said: “We are delighted to be able to welcome Glenn as a visiting professor.

Having someone with his experience, expertise, talent, and passion for quality design to contribute to the development of our students will play a really valuable role in enriching their education here.

We are all looking forward to his inaugural lecture which will be the first of many contributions he is able to make to the School of Architecture here at Birmingham City University.”

Howells will take up his role with the University this month and will give his opening masterclass on Monday 12 November from 6pm.