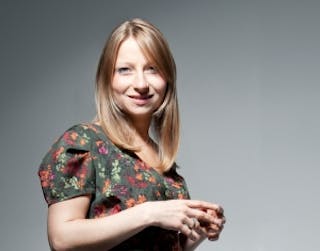 I knew that my life would be centred on music and I was driven to follow this passion, but how it would work out wasn’t clear. As a cellist I went to study at Birmingham Conservatoire in 2001. Whilst composing for the musicianship homework in my second year, it dawned on me how much I enjoyed doing this, and after realising that I might have real potential as a composer I decided to change course. The process took a couple of months but the decision happened almost overnight. I was blessed with the support of my parents – quite astonishingly given that, at 21, I was throwing myself into a new degree course in something that was totally unknown.

I had a wonderful time at the Conservatoire. I studied with Andrew Downes for the first year and then, when Andrew retired, with Joe Cutler for the remaining two. Having switched course I had many performer friends so immediately started writing pieces for them. This was a blessing too, as I was able to hear very quickly almost everything I wrote. I benefited greatly from BCMG workshops and composition lessons with various established composers, including Michael Finnissy and Luca Francesconi. Joe was fundamental in gently pushing me to open my ears and listen to as much music as I possibly could: having begun life as a composer fairly late, I had some catching up to do!

Three years later I went to the Royal College of Music to study for my Master’s with Mark-Anthony Turnage. The contacts I made whilst in Birmingham, mainly with players in BCMG, helped me to establish myself quickly in London. Following this, I studied at Tanglewood Music Centre in the US. I was awarded Honorary Membership of Birmingham Conservatoire in 2011.

Certainly the highlight of my career so far has been my BBC Proms debut in the summer of 2012, with At the Speed of Stillness, performed by the Aldeburgh World Orchestra conducted by Sir Mark Elder. We made the first studio recording of my music with the piece at Snape Maltings Concert Hall, which NMC Records will release. The first dedicated disk of my work will also be produced soon, as part of the NMC Records’ Debut Disk Series.

I have been incredibly fortunate to have had my music performed by some extraordinary musicians and ensembles, including the London Symphony Orchestra, the London Philharmonic Orchestra, Birmingham Contemporary Music Group (BCMG), Oliver Knussen, Daniel Harding, Lawrence Power, Jennifer Pike, and Roderick Williams.

On the horizon is a concertante work for Music in the Round, and a soprano cycle for Claire Booth and Andrew Matthews- Owen, both works due to be premiered in May 2013. I’m also looking forward to writing a mezzo cycle for BCMG to be premiered at Aldeburgh Festival, June 2013, and a new work for the CBSO Youth Orchestra for October 2013.

To say that it’s been a whirlwind wouldn’t be an exaggeration. I feel very lucky to have landed in a career that I am deeply passionate about, to be working with the incredible musicians and to be doing something that drives me to create every day.