University staff act as school governors in schools in the city and region, many of which are in deprived areas and require enhanced governance support. 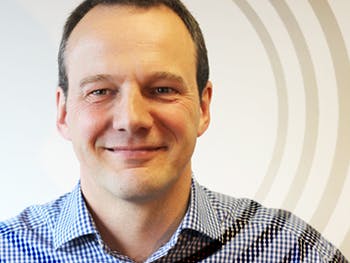 I am a Governor at the Sixth Form College, Solihull. I have fulfilled this role for the past 7 years and became involved for two reasons. Firstly, I wanted to better understand the students who were progressing to the university.

I have fascination with student transitions into and through university and the how we might better design the first year experience. Secondly, I believed that I should give something back to the community. I chaired the Curriculum and Quality committee as a Governor for four years and supported the College as it engaged with the Government’s review of FE provision across the city. In recent times the College has become part of the Ninestiles Multi-Academy Trust and this has seen a change in my role to a focus on the Academy Student Council.

Personally and professionally I have gained a great deal from this interaction. I have learnt of student priorities in the transition to University and of the challenges facing this generation coming to university (mental health etc).  In addition, I have met some great people in the community and the College. It’s opened up my eyes and I would encourage colleagues to get involved in such roles.

My School Governor experience took place at South Bromsgrove High Academy Trust, Yr9-Yr13 intake. I held this term of office for a period of three years with a focus on Performance & Standards.  This was particularly relevant as the school were transitioning to Academy status so it was incredibly rewarding and interesting to understand the trials and tribulations associated with such a change.  The role included my involvement in many recruitment panels, from NQT’s entering their first teaching posts to that of senior positions within the school, together with a range of other activities that derived from the consistent changing face of education.

My interest in the role of Governor stemmed from my professional background in working in the Education sector over many years.  I was also keen to understand the link between education and homeless issues facing our young people, having previously been a trustee for a youth homeless charity in the area.

I am now currently looking to re-engage in a Governor role within Birmingham as I am keen to continue to ‘give back’ in the location in which I work.  I know full well that my previous Governor experience has provided me with a solid background in which to further develop my skills.  The chance to be involved also helps me to understand the link between policy and practice, something that provides context to our education system at a different level.