It’s important to be able to get your work out there and our third year Photography students recently had the opportunity to exhibit their work at local brewery and taproom DigBrew Co.

As part of their interim show, students were given the freedom to create a piece which was then showcased in a space of their choice in DigBrew Co. The location was chosen by BA (Hons) Photography Lecturer, Tim Sonnenschein who thought the space would be a great space to exhibit to the public.

The openness of the brief meant a wide variety of work was created, from photographs frozen in blocks of ice to lit landscape images. For his project, Godfrey Pitt created a gun factory to brewery history installation.

Through a conversation with DigBrew's owner, Godfrey discovered that the establishment has been a gun factory in the past. Knowing there was a rich photographic archive in Birmingham Library, Godfrey decided to use new images he’d taken of DigBrew Co. in conjunction with archive images of gun making in Birmingham.

Godfrey mounted the images on both sides of sheets of acrylic and hung them on fishing line from a circle of stainless steel that he’d constructed. He also mounted four images on the back of acrylic mirrors which he also hung. This allowed reflections of the exhibition space, the other work and the viewer to be incorporated in the installation. He made the circle big enough for the viewer to stand inside and made this obvious by placing a mat with two footprints on under the installation. To complete the work, Godfrey found a recording made and released by the BBC of sounds in a gun making factory. He overlaid some additional sounds of gun fire and created a looped soundtrack that was played through headphones which he hung down through the centre of the installation. He suspended the whole thing from a disco glitter ball motor so that it rotated at 1rpm, giving a constantly changing perspective. The images were also tied to tiny fishing swivels so the air movements caused them to rotate, again making the images constantly change. 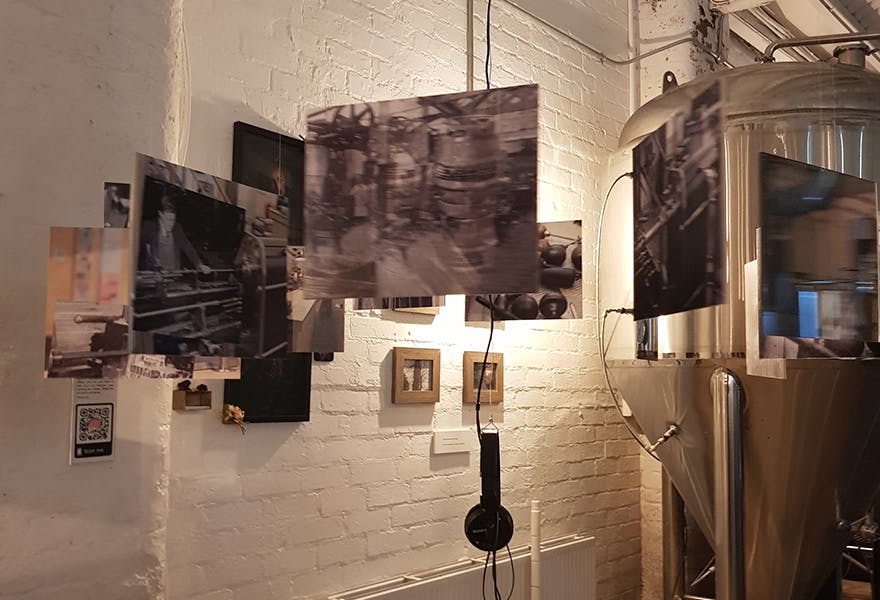 Hayden Porter created three images of light-painted trees which were each printed onto two pieces of acetate sheets, creating an almost holographic effect when overplayed on top of another. The acetate was then overlayed onto a light panel which illuminated his imagery. 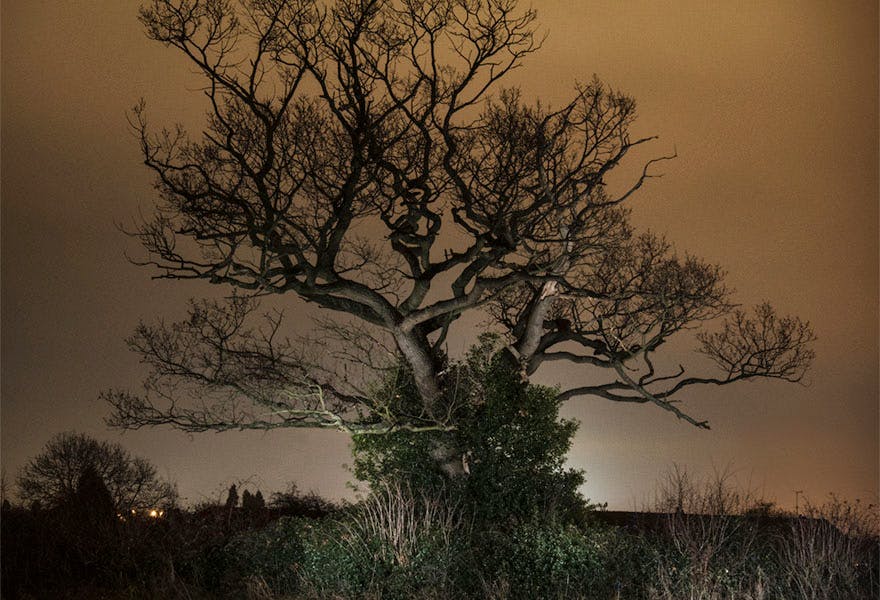 Hayden noted how both the exhibition and the project taught him more about the additional values the discipline of photography has:

It has drawn out my thirst for more creatively inspired exhibitions for the future and the project used for DigBrew Co. is being taken further as we speak because of its success.

Students have previously had opportunities to exhibit at Free Range, Parkside Gallery and Birmingham New Street station. One recent example was the ‘Face of Suffrage’ artwork, a floor based 200 metre square mosaic that showed the face of Hilda Burkitt, a key member of the suffrage movement in the West Midlands, when viewed from above. The mosaic was made up of more than 3,700 images of females across the West Midlands and beyond, and was the creation of artist, Helen Marshall.  Helen launched the project to our photography students, who were then involved with submitting images for the artwork and worked on shoots conducted on campus. Three graduates also took displayed their photography on pillars around the station as part of the project. 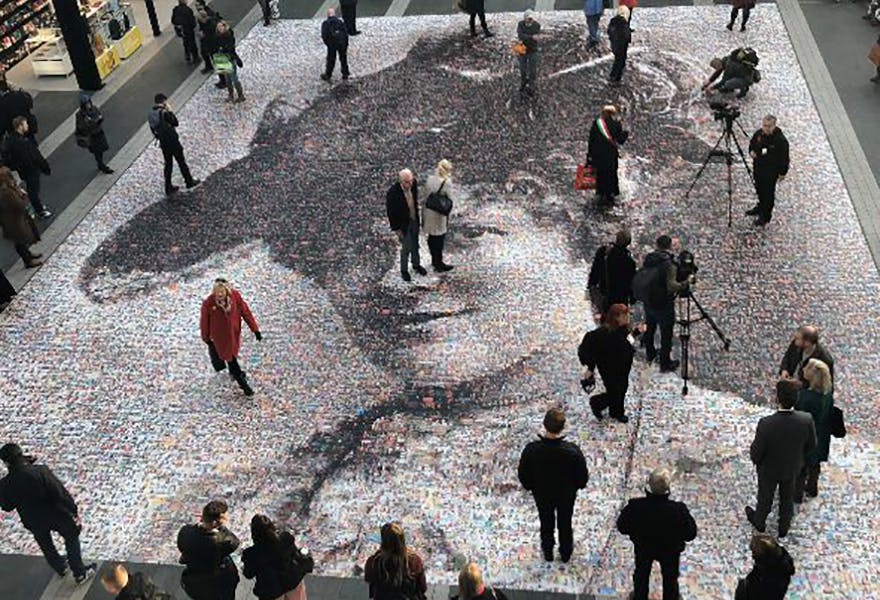 Students set up the exhibition at DigBrew Co. in just one day before hosting a private view for students and staff from the course, friends, family and the public. 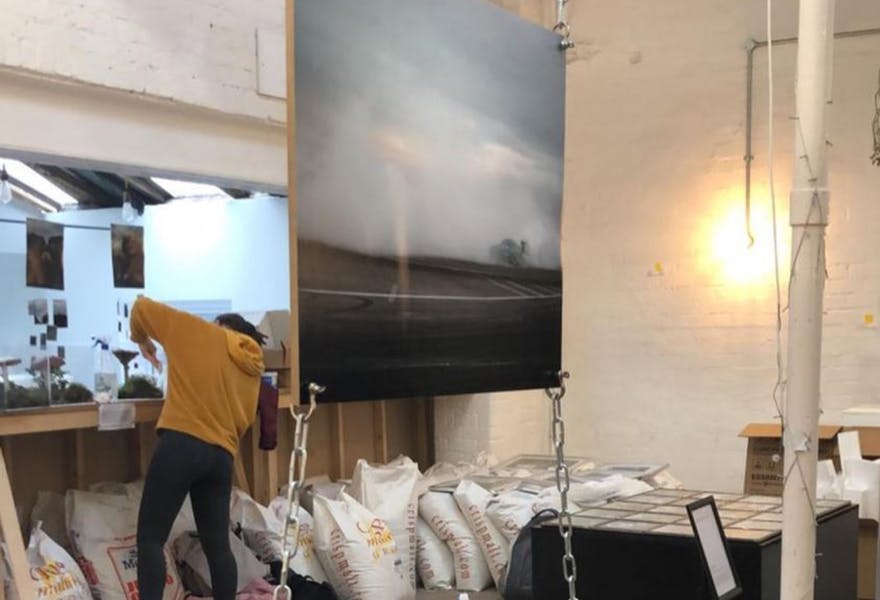 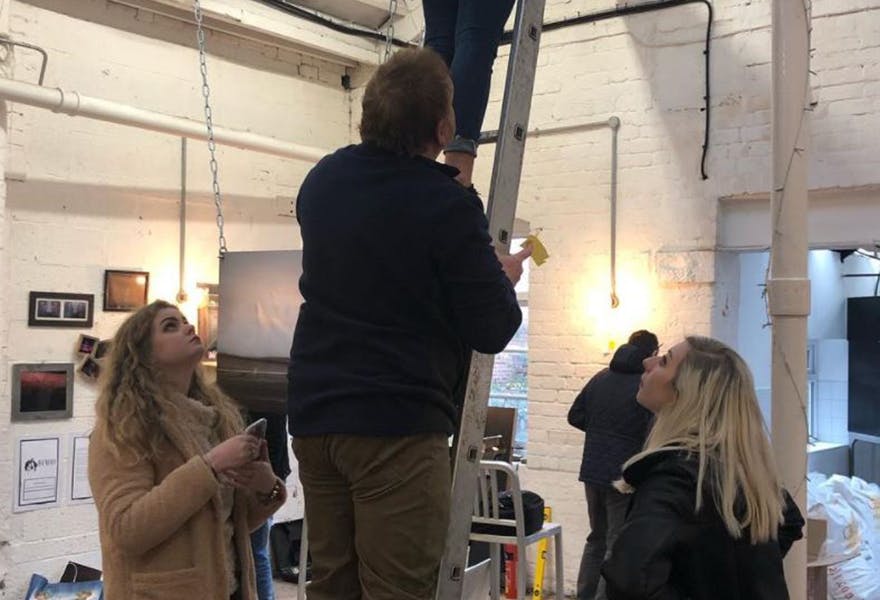 Reflecting on the the project, Godfrey noted how it had really boosted his confidence in his own creativeness and ability, and encouraged him to set his aspirations higher with regard to his future career. He also added how exciting it was to have been able to display work in a public space:

It was a good opportunity to gauge the reaction of the 'man in the street' to my work. I was extremely pleased with the comments I received, the staff at DigBrew were very complimentary. It was very gratifying to see people 'using' my installation and enjoying it.

To see what else our BA (Hons) Photography students have been up to check out our Instagram page.

Which agency is right for me?

Where could MA Visual Communication take you?

Top five TV shows that all budding designers and photographers will lo...