How to celebrate Chinese New Year in Birmingham

The Chinese New Year kicks off on Tuesday 1 February and many people will be celebrating The Year of the Tiger in a traditional style. There’s lots going on across our vibrant city to mark the occasion, so why not get involved? Here are a few ideas of how you could celebrate.

Welcome in the Year of the Tiger

On Saturday 5 February, Birmingham Hippodrome will host a packed programme of free performances at the Bullring and Grand Central. Between 12pm-5pm you’ll be able to see fan dancers, shaolin monks, face changing dancers as well as the traditional lion dance.

In the evening, the performances move online as Chinese Festival Committee Birmingham bring us a virtual show for all the family. Watch cultural displays and performances, learn how to make dumplings, take part in prize giveaways and much more.

If you’re a bit of a foodie, why not celebrate by visiting some of the best Chinese restaurants in the city? You’ll want to make sure you’re hungry because there’s a lot to choose from! Try some traditional baked goods in the hidden gem that is Wah Kee Bakery tucked away in the Chinese Quarter, head over to Café Soya for plenty of veggie and vegan options, or visit Henry Wong on Harborne High Street for more of a fine dining experience. 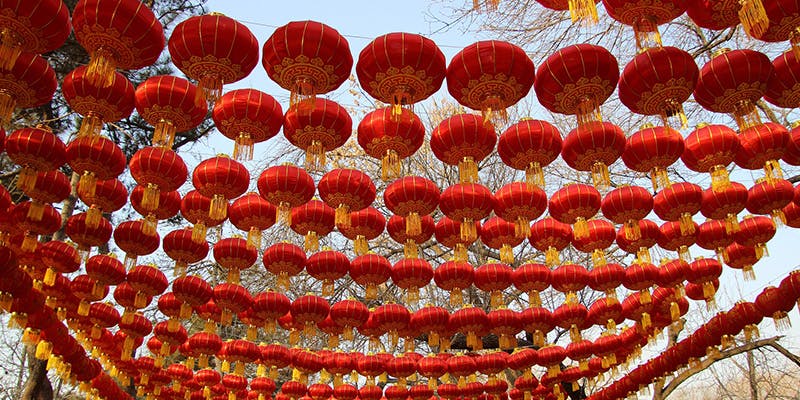 The Lantern Festival is a key part of Chinese New Year, dating back at least 2000 years. It falls on the 15th day of the new year (conveniently, that’s Tuesday 15 February this year!) and marks the end of New Year celebrations. Traditionally, streets are decorated with colourful hanging lanterns which symbolise letting go of the past year and welcoming in the new year with good fortune.

Join in with this age-old tradition and learn to make your own lantern with Yujie Li, a student on our MA Visual Communication course.

Learn about Chinese history and culture

If theatre’s your thing, get yourself over to the Blue Orange Theatre between Tuesday 1 – Saturday 5 February for the premiere of a brand-new play by local playwright and poet Ian Henery. Commissioned by China West Midlands, The Chinese Labour Corps explores the story of the estimated 140,000 Chinese soldiers who fought for Britain during the First World War.

If the celebrations in February have whetted your appetite to learn more about Chinese culture and traditions, head down to The ICC in March for the spectacular Shen Yun: China Before Communism. This stunning production is packed with dance, music and beautiful costumes that reflect the ancient spiritual heritage of China.

Our Open Days provide the perfect opportunity to hear from our staff and students, and tour our state-of-the-art facilities. Book your spot now!

How to have an alternative Christmas