Who is ‘H’? Criminologists share their theories ahead of ‘Line of Duty’ finale 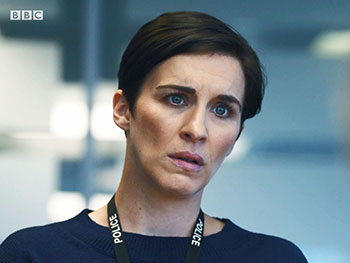 As the most-watched television show of 2019 so far, BBC One’s ‘Line of Duty’ has the nation hooked on attempting to solve who is behind the anti-corruption police drama’s Organised Crime Group (OCG).

With the fifth series coming to an end this weekend (5 May), criminologists at Birmingham City University share their views (which may contain spoilers) on who could be leading a network of corrupt officers and who ‘H’ might be.

“As a die-hard crime drama fan who loves a mystery, I’ve mused over this question whilst out running, on the train, in the car, and probably in my sleep as well,” says Professor Elizabeth Yardley, Director of the Centre for Applied Criminology at Birmingham City University.

“Is ‘H’ a person, a group, a place, an organisation? Or something completely different? The show’s writer, Jed Mercurio, is a crime drama genius so this one has got to be one of the toughest riddles to solve. My attempts to figure this out have involved – among other things - going right back to basics, to the letter H itself and exploring its significance.

“As a Scrabble nut, I know that H is worth four points. Still no clue. The internet tells me that it’s the 8th most common letter in the English language. That’s probably not helpful either. The reason it’s so common is because it’s often paired with other letters like ‘wh’, ‘ch’, ‘gh, ‘sh’. Maybe there’s something in this, maybe ‘H’ isn’t an all-powerful individual, maybe there’s a partner in crime?

“Another interesting fact about the letter H is that when you explore the earliest recorded alphabets, letters were often used to symbolise or depict something they represent. Apparently, according to scholars of Proto-Semitic language, the letter H was also the word for fence, given that it resembles part of a fence. Fence is also the word for someone who buys goods they know to be stolen in order to sell them for profit. Given DCS Hargreaves’ involvement in the raid at Eastfield Police Storage Facility, maybe he was ‘H’ after all.

“Instead of looking for H’s, perhaps we should explore some of the characters with surnames ending in those letters commonly paired with H - W, C, G, and S. W - Deputy Chief Constable Andrea Wise? C – Detective Chief Superintendent Patricia Carmichael? G – DCI Tony Gates? But he’s dead – or is he? S – Tatleen Sohota or Police and Crime Commissioner Rohan Sindhwani?” 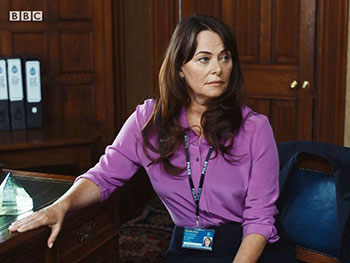 Lecturer in Criminology at Birmingham City University, Melindy Brown, thinks that investigating a connection with the letter H could be leading us askew. “After a lot of deliberation, of which I am sure may change as I continue to debate with myself, I am somewhat convinced that ‘H’ is a red herring,” she said.

“Could it be that Kate mistook H for G, leading us all down the wrong path? It is with this idea in mind that I suspect ‘H’ to actually be ‘G’ – G for Gill Biggeloe. Considering she is not a police officer, would her being the ‘H’ we’re after not add to a greater shock factor for the large body of viewers?

I suspect Gill is framing Ted Hastings, and her position as a Senior Legal Counsel, provides her with the potential knowledge pool to do so. After a series of wrongdoings by Ted, could it be that Gill is seeking her revenge, in one of the most scandalous of ways?

Former prison governor and Emeritus Professor of Criminology at Birmingham City University, David Wilson, says: “Mercurio knows how to write a narrative arc to throw the audience off the scent. He does this by making it appear as if we know more than we actually do.  However, that caveat notwithstanding, it would appear to me to lead back to Ted Hastings. If Hastings is not ‘H’, which is perfectly feasible, he has broken so many rules by this stage of the investigation that he could never be allowed to be in charge again!”

‘Line of Duty’ airs on BBC One on Sunday at 9pm.