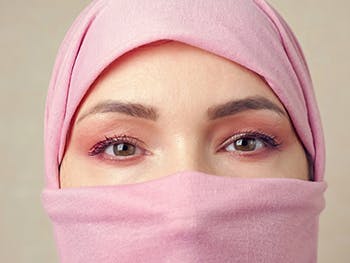 Research by academics at Birmingham City University has revealed how social media is reinforcing negative views about Muslims and the extensive normalisation of hate that has spread during the Covid-19 pandemic.

Social scientists at the University examined 100,545 tweets and 112,850 YouTube comments from 46 videos as part of their studies, with many indicating levels of enjoyment in the act of being Islamophobic or spreading misinformation.

The studies have led to four key types of Islamophobic social media users being identified; the Flamer, the Accuser, the Patriot and the Premonitor, each with a different approach to spreading hate across platforms.

“A range of comments expressed joy at the suffering, death or suggested inequalities experienced by Muslims due to Covid-19 and Muslims were described as being unworthy of treatment,” said researcher Professor Imran Awan.

“Some narratives made false claims about the vaccine being part of a larger Muslim plot to rule the world.”

The project explored irrational beliefs and thoughts which are disseminated on social media and offers insights into the drivers of Covid-19 narratives and the consequences in fuelling existing extreme communication and Islamophobic language.

Content found online demonstrated a similarity amongst users in relation to how to deal with Muslims who are described as ‘super spreaders’.

“A significant rhetoric is that Muslims need to be punished for their behaviour during the pandemic, with many online accounts encouraging the use of deadly force against the so called ‘super spreaders’,” added Awan, who conducted the study alongside Dr Pelham Carter, Hollie Sutch and Harkeeret Lally.

Online comments included: “It’s not “Ramadan”, this time it’s “CORONADAN”, “#IslamicVirus is worse than #coronavirus” and “These filthy people live like rats! What social distancing are they doing? They have no loyalty towards India! Islam means #terrorism #muslimvirus #muslimliars #muslims_are_terrorist #antiindia #muslimsspreadingcorona.”

The Online Islamophobia Project was funded by the Economic and Social Research Council as part of UKRI’s rapid response to Covid-19. The 18-month research project ran between June 2020 and December 2021 and examined the interaction between miscommunication and conspiracy theories in relation to online digital user factors such as anonymity, membership length, peer groups and postage frequency.

As part of the study, the academics at Birmingham City University’s School of Social Sciences have made a series of recommendations in order to combat Islamophobia and anti-Muslim hatred found on social media which in turn reinforces negative views about Muslims.

The recommendations include a proposal that social media companies such as Twitter and YouTube have a button that can help users report misinformation in order to detect online harm, as well as soft verification of identity in order to tackle online anonymity.

“Although the present findings showed that anonymity was not crucial in perpetuating the dissemination of harmful content during Covid-19, a large amount of previous research has well documented how anonymity has acted as a facilitator in levels of conspiracy theories, hate speech, misinformation and extremism online,” said Professor Awan.

The researchers also recommend making it easier to ‘bulk report’ inappropriate content or misinformation, use of a tier system to warn and remove users when sharing hateful content and the implementation of educational digital training programmes to upskill users and help to build resilience.

“Digital training programmes could cover key stories around misinformation and act as a tool that helps users distinguish between fact and fiction,” added Awan.

This could also help to raise awareness about international trigger events that lead to conspiracy theories and provide users with the knowledge to critically assess, analyse and evaluate what and how social media posts are used to create misinformation.