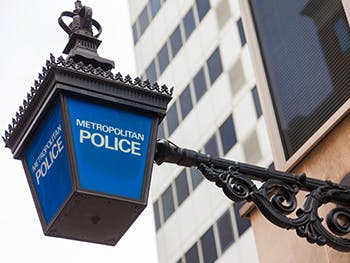 As the Metropolitan Police announces guidance on challenging plain-clothes officers following shocking revelations about Sarah Everard’s tragic murder, a former Met employee is calling for misogyny to be properly defined in law and treated as a hate crime.

Ronald Winch is a Senior Teaching Fellow in Policing at Birmingham City University and served for over thirty years with the Metropolitan Police Service and West Midlands Police.

"The Metropolitan Police has set out some immediate guidance and the balance is always to inform and support the public without generating additional fears of crime," explains Winch.
"My view is that the advice is legitimate and responsible. However, we must remember that at the heart of this debate is the sheer cruelty and breach of trust, centred around the premeditated murder of a young woman.
"More work and evidence-based practice must be invested in the prevention of violence against women and girls - significantly domestic violence and abuse. This should be based around partnership working with policing, communities, central and local government, education, academia, adult and child safeguarding boards, and health and social care."
Ron Winch's roles with the Metropolitan Police Service and West Midlands Police included front-line CID roles, as well as senior command roles in local policing, public order policing, firearms policing and as a senior investigating officer for major and complex crime - including covert policing.
"I would like to see misogyny properly defined in law and treated as a hate crime and I support the work of Sue Fish, the former Chief Constable of Nottinghamshire Police in this regard," added Winch.
"We must reflect differently on victim and family experiences regarding crime and give more voice and authority to those affected by serious crime. How this is applied should be part of a consultative process but should lead to a comprehensive victim's charter with minimum standards of expectation around investigation and prosecution of offenders.
"Officers must be patient and professional in providing additional explanations when using police powers with respect to women and girls who may feel nervous about interactions with the police.
Reflecting on the news that police officer Wayne Couzens may have committed more crimes prior to kidnapping and murdering Sarah Everard, Winch added:

There are significant police leadership and supervisory responsibilities in ensuring effective governance around the professional conduct of individual officers. These need to be re-visited and reinforced with support for officers who make disclosures about the conduct of colleagues..

"Vetting systems and analysis of patterns of behaviour in police misconduct and gross misconduct investigations, particularly understanding predatory behaviours, need to be reviewed and reformed.
"This must not be seen as just an issue for the Met, as public trust, and confidence in policing generally has suffered. Policing must not be unreasonably defensive and should always respond to well-founded criticism with a willingness to change.