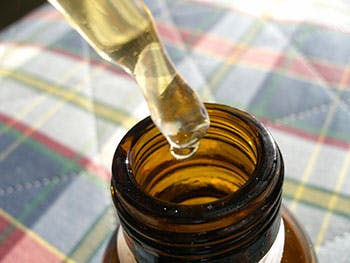 There are up to nine characteristics of nurses who become serial killers, according to new research which suggests the potential for improved early identification of so-called 'Angels of Death'.

The study by Birmingham City University criminologists, based on 16 cases from over 37 years, also found that Colin Norris, convicted of four murders at hospitals in Leeds in 2008, lacked many of the usual indictors associated with such serial killing. The research has been passed on to the legal team representing Mr Norris, whose case is being reviewed by the Criminal Cases Review Commission.

The findings were also passed to Greater Manchester Police in relation to three 2011 deaths at Stepping Hill Hospital in Stockport. A nurse at the hospital, Victorino Chua, was charged with the murders in March 2014 and is expected to stand trial early next year.

Published in the Journal of Investigative Psychology and Offender Profiling, the study was carried out by Professor David Wilson and Dr Elizabeth Yardley of the Centre for Applied Criminology – one of Birmingham City University's Centres of Research Excellence.

Their examination of hospital-based nurses convicted of serial murder in Europe and North America between 1977 and 2009 used a criminological checklist of 22 factors – 'red flags' -and found a cluster of between five and nine such indicators of behaviour. Colin Norris satisfied just two of the red flags, the lowest of all those studied.

The most prolific 'Angel of Death' was the American nurse Charles Cullen who was convicted of 29 murders in the US in 2003. The study found Cullen satisfied 11 of the red flags.

Professor Wilson said: "We hope that this research might help hospital administrators to think more critically when they notice a spike in deaths on a particular ward, rather than relying on crude statistical analyses related to particular nurses and their shift patterns. Inevitably that method will lead to miscarriages of justice."

The most common red flags are:

The authors caution, however, that increased instances of death needs to be considered against other criteria and not simply in isolation.

Dr Yardley said: "It’s really important to acknowledge it will be a cluster of factors and not one individual element that should identify an 'Angel of Death' at work in a hospital setting."

More about the Centre for Applied Criminology