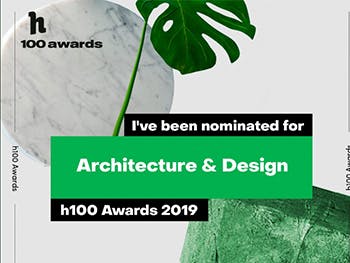 A postgraduate researcher’s long standing work into architecture, planning and smart cities has been nominated for a prestigious award.

Simeon Shtebunaev, a PhD student based within the School of Engineering and Built Environment, has been nominated in the Architecture and Design category at the annual h100 Awards. Now in its eleventh year, the awards – organised by Covent Garden-based h Club – celebrate the UK’s most innovative and influential talent working across the creative industries.

“I received my nomination due to my work with the Royal Institute of British Architects (RIBA),” says Simeon. “While at RIBA, I co-founded the Future Architects Network for engaging professionals, represented the International Committee of the RTPI and co-wrote a youth manifesto which was presented to the Commonwealth Youth Council in London. The manifesto aimed at raising the profile and importance of Urbanism as a factor in climate change but also as a potential solution.”

All the work Simeon has conducted informs his PhD, which investigates young peoples’ role smart cities. “My research aims to evaluate how such perceptions hinder or enable the design of urban spaces,” he explains. “The project will compare views and ideas across four cities in the UK, Spain and Bulgaria, with Birmingham being the main city. I have found a lot of support in professional circles about the relevance of the topic – young people are recognised as a silent demographic in many projects and processes.”

The awards ceremony takes place at the h Club on Tuesday 10 September, with some of the UK’s most influential talent in attendance. “I was so surprised to be nominated. To be recognised by some of my peers in architecture is amazing,” Simeon says. “I hope the nomination will raise the profile of the emerging RIBA Future Architects Network and attract more young people to get involved in shaping the architectural profession.”