There's so much going on in Birmingham – with buzzy street markets, a huge selection of mouth-watering restaurants, as well as sports and entertainment venues galore, there really is something for everyone. The city is renowned for having a wide, multi-cultural community that puts on global events attracting visitors from across the UK. Situated in the heart of the country, Birmingham really is the perfect place to study. On this page you'll find all the things that make Birmingham the place to be.

We’re often referred to as the youngest city in Europe, with over 40 per cent of our population being under 25, but there’s a lot more that puts Birmingham on the map. Did you know that our Jewellery Quarter produces 40 per cent of all the UK’s Jewellery? Or that the Library of Birmingham is the largest regional library and cultural space in Europe? Not to mention that we have Edgbaston, the world famous cricket stadium which frequently hosts international Test Matches! There's a lot to shout about.

Not only does Birmingham hold the label of being the youngest city in Europe, it is also home to a lively and multi-cultural community. Just a simple walk through the city centre will be enough to immerse you in the vibrant community that Birmingham represents. Throughout the year there is no shortage of celebrations that light up the streets and the skies of the city including celebrations for Chinese New Year, Vaisakhi, the International Dance Festival, Diwali and many more. The accessibility to these events allow you to find like-minded people who share your culture.

We can trace our history as an educational institute as far back as 1843 and our name Birmingham City University reflects our commitment to, and pride in, our home city. Birmingham is recognised as the UK’s second city and is a forward-looking and vibrant place in which to live and study, but its history as a major settlement dates back as early as the 12th Century when it was a thriving market town. Surprisingly Birmingham has more miles of canal than Venice, and it was the extensive development of this transport network that cemented Birmingham as a key contender in the global export market.

Parent and guardian guide to university

Find out all you need to know to understand the ins and outs of university for your child.

Where in the world is BCU?

Going to university in the centre of England is such a good choice – you’ve got a huge variety of transport options on your doorstep, and loads of places to visit. Whether that be by plane, car, bus, train or (canal) boat. The UK really is your oyster if you’re based at BCU.

Birmingham has it all when it comes to shopping. Whether you’re after designer brands or mouth-watering value for money, Birmingham really does have it all and it’s all within walking distance of our City Centre campus. In the heart of the city is the famous Bullring & Grand Central, an indoor shopping centre with over 200 retail stores. Located right next to the Bullring are the historic Birmingham rag markets, over 350 stalls that provide local and internationally sourced produce and goods.

What is there to do in Birmingham?

From entertainment to shopping, restaurants and bars, socialising and culture, Birmingham has so much to offer no matter what mood you’re in. Fancy going bowling? Tick. Want to eat at a Michelin restaurant or try some street food? Tick. Interested in catching the latest theatre shows? Tick. Birmingham has it all!

Birmingham's reputation for great food speaks for itself. The city is host to loads of independent traders as well as hundreds of well-known chain restaurants, we love a good food market, and did we mention that we can boast the most Michelin starred eateries outside of London? We think we’ve earned our bragging rights, and we're confident that we've plenty to offer you if you’re experiencing our food scene for the first time. 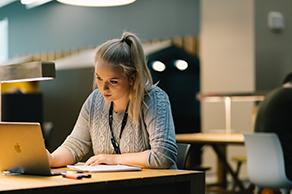 Take a look at the many courses we offer to discover the right one for your child. From foundation to postgraduate study, we cater to all abilities and interests to make sure all students have access to continue their education journey!