This week is Multiple Birth Awareness Week - 5-12 November 2018. Our team in the Elizabeth Bryan Multiple Births Centre have been gathering some key facts you might not know about multiple births.

The theme for this year’s International Multiple Birth Awareness Week is ‘Research with multiples benefits everyone’. Here are some key facts about multiple births:

The early parenting role is critical and, for parents of multiples, the priorities and challenges are multiplied (Tamba, 2009). It is widely acknowledged that the outcomes for multiple birth families are poorer compared with singletons (Blondel and Kaminski, 2002; McKay, 2010; Wenze, Battle and Tezanos, 2015). 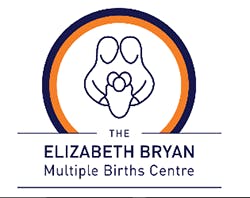 The Elizabeth Bryan Multiple Births Centre at BCU is an exciting collaboration between Birmingham City University (BCU) and the Multiple Births Foundation (MBF), a charity of international repute. The new Centre’s name recognises the pioneering work of consultant paediatrician Dr Elizabeth Bryan, founder of the MBF and former President of the International Society for Twins Studies. It is jointly led by Jane Denton, Director of the MBF, and Dr Merryl Harvey, Professor in Nursing at BCU.

The EBMBC has established a Special Interest Group (SIG) for health and allied professionals. Pre and post registration students are also invited to join.

The SIG aims to establish a network of professionals who work with multiple birth families and to be a forum for members to share information with each other. If you are interested in being a member, find out more here:

How to manage anxiety during the Coronavirus pandemic

Going with the flow: My period and me