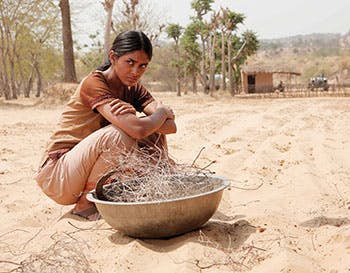 The Birmingham Indian Film Festival (BIFF) returns to the UK city this summer for its fourth consecutive year, hosting curated premieres of South Asian independent films, that offer rare glimpses into some of the billion plus lives in the sub-continent and beyond.

Sister to the Bagri Foundation London Indian Film Festival (LIFF), it is regarded as Europe’s largest Indian film festival and will take place in Cineworld Broad Street, mac Birmingham and The Mockingbird Cinema and Kitchen from Friday 22 June to Sunday 1 July.

Audiences can expect 10 days of Midland premieres of feature films, documentaries and shorts, exploring a compelling slate of controversial, entertaining and thought-provoking themes with global resonances, plus lively Q&As and panel debates.

New for this year is the annual LIFF Satyajit Ray Short Film Competition, showcasing the work of emerging film makers.

Birmingham City University is delighted to be a headline sponsor of this year’s Birmingham Indian Film Festival and join in the celebrations of South Asian history, heritage, arts and culture.

The 10-day event will feature a host of inspirational films created by some of the finest creative professionals. We look forward to the films being showcased to generate discussion as well as to entertain.

Students from Birmingham City University, including Birmingham School of Media, will be working on the festival; volunteering, managing screenings and creating digital content, and Professor Rajinder Dudrah will lead a panel debate exploring independent Indian cinema.

A compelling story of two loving sisters, who are forced into the sex industry in Mumbai, the main protagonist Sonia is sustained by a fragile dream that is worth surviving for. Her searing journey spans three continents and a lifetime of experiences that no young girl should have. Sonia is determined not to become one of the 800,000 women and children who are victims of the international sex trade industry every year.

The director Tabrez Noorani, who was previously line producer on the multiple Academy, BAFTA and Golden Globe winner ‘Slumdog Millionaire’, as well as ‘Zero Dark Thirty’, is expected at Cineworld Broad Street on Friday 22 June. 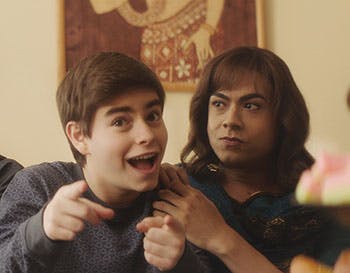 The Festival closes at mac Birmingham with ‘Venus’ – a feel-good comedy about a Canadian Punjabi transgender person who is about to embark on surgery but suddenly discovers they are the father of a teenage boy who thinks they are the coolest dad on the planet. The director Eisha Marjara and talent are expected on Sunday 1 July.

“One great thing about being in the UK and especially Birmingham is that we are culturally intertwined to India and South Asia, not just through our shared history but our living, everyday experience where South Asian communities add so much to UK cultural life, of which cinema is an important aspect.

“This cutting-edge festival showcases indie cinema that entertains but shows the more realistic and sometimes the raw side of South Asian culture but, at the same time, there are always stories of comedy, hope and the un-exhaustible energy of over 1.3 billion South Asian lives from the Indian subcontinent.” 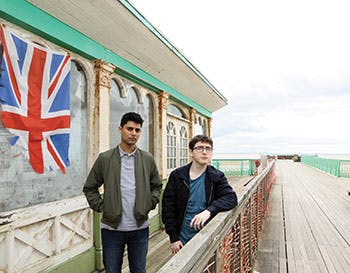 The film follows half-brothers Omar and Pete as they embark on a journey to find Omar's estranged father, confronting him on the day of his daughter’s engagement party.

Tickets can be purchased directly from the cinemas.