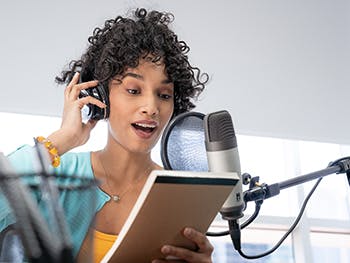 Studies from The Sir Lenny Henry Centre for Media Diversity at Birmingham City University have highlighted how unions can better serve people of colour in their memberships, who experience barriers of race and marginalisation in the sector.

The research evidences gaps in the ability of entertainment trade unions to effectively serve the interests of their Black Asian and minority ethnic members, identifying structural reasons why this may be whilst offering a series recommendations to improve the situation.

“The report found that the majority of interviewees faced significant obstacles in their trade union activity, especially with regard to their anti-racism work”, said Marcus Ryder, Head of External Consultancies at The Sir Lenny Henry Centre for Media Diversity.

Union structure, bureaucracy and leadership were all identified as barriers in advancing an anti-racist agenda across the unions. In looking at the ways the five unions accommodated structures to represent BAME members, we found a wide variance in regard to methods of representation, selection procedure, powers to influence union decision making and resourcing.

“I don’t think that any of the union leaderships fully understand what racism is,” said one interviewee.

“There’s still the thing that the concerns of black members is something seen as aside from and apart from, rather than something that they should be actively working for right across the union,” said another.

Recommendations from the research include ensuring clearer induction programmes, providing better support for those feeling discriminated against and a review of constitutive rules in order to strengthen democratic representation.

Entertainment trade union leaders will discuss the research in a free online event today (3 November) – ‘Trade Unions and the Fight For Racial Equality In UK Media - The good, the bad and the ugly’.