PR academics say Meghan and Harry interview was orchestrated, poorly timed and will be considered a mistake 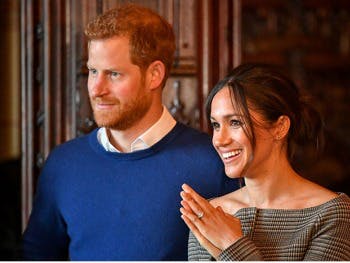 An audience of 12.4 million viewers tuned into to watch Harry and Meghan's tell-all Oprah Winfrey interview on ITV on Monday 8th March, which prompted a great deal of debate with many different views expressed.

Philip Young (PY) - "It was an extraordinary piece of television. This was about profile, positioning and bluntly it was about building brand. Meghan is moving into Kardashian territory - there was a lot of careful positioning."

Kelly O'Hanlon (KO) - "Whilst Meghan and Harry had an agenda, it was clear they wanted to address certain things that led up to their decision to leave the UK. To an extent there were no holds barred, but my issue came from the fact that they didn't go that full step. They made certain allegations or insinuations, but fell short of following through."

"The damage that's going to be caused by setting off these grenades and running away is going to be far-reaching. Falling short of being specific means there is going to be a lot of media debate around the points raised on racism and what that says about the institution. It may have been something far more innocent than what we're reading into. But because Harry and Meghan weren't specific, they have allowed the media and all of us to pass judgement and come to our own conclusions. It's going to be a divisive topic and Harry and Meghan have made it that. It's fair to criticise the fact that they weren't specific and for that my sympathy is limited. It was an orchestrated event from the beginning."

PY - "It was a very stage managed interview. I do think there's quite a chance that Harry will regret this in future years. I think it will be regarded as a mistake."

KO - "The timing is incredibly poor, considering the health of Harry's grandfather. It seems to come across they are out of step, living in their own bubble and responding from a place of hurt. They're entitled to feel that way but they should have taken some more time to consider what they were going to say. A lot of Meghan's responses were too polished or signalling to her virtues."

"Any statement that comes out from Buckingham Palace is going to be a tricky one to phrase appropriately to show their love and respect and understanding for the couple, but to also defend some of the allegations that have come to them.

"The gender reveal was a missed PR opportunity. It could've been one that Meghan and Harry kept in the bank until they knew exactly what the response was going to be to the interview, and then to bring a little bit of sympathy back towards them with that. Not sounding cynical and saying they're having a baby for the purpose of publicity, but they do want to manage the way in which they're perceived, they are a brand. Maybe including the gender reveal was to perhaps soften the blow and not to leave everybody with such a negative feeling from the interview."

For more information ensuing the Meghan and Harry interview, Kelly and Philip did a follow-up interview regarding The Palace and Piers Morgan which can be viewed here.