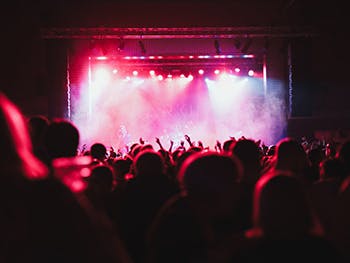 A UK music industries expert has called on the Government to protect the ‘national assets’ of music and entertainment from further damage as a result of Covid restrictions, by avoiding repeating the mistakes of the last 18 months.

“Over the last few months there has been a sense that things were starting to move forward in a positive direction for music and entertainment with nightclubs reopening, the live sector returning and the public beginning to reconnect with cultural experiences.

“This time last year a survey carried out by UK-based charity Help Musicians found that 55% were not earning anything at all from music due to the Covid-19 pandemic. A new survey conducted by the same charity in August 2021 with results announced last week found that the percentage of musicians earning nothing from their music has fallen to 33%.

Whilst growth has been slower than expected, especially for the live sector, it is imperative that the Government does not repeat the mistakes of 2020, namely forcing the venue and club landscape to shutter, as well as being too slow to act in providing financial support.

“These businesses financially rely on the Christmas and New Year period to help underwrite those months that are traditionally quiet such as January and February, and it would be remiss to think the new restrictions won't impact on that revenue.

“We mustn’t also forget that the nighttime economy isn’t just pubs, clubs and venues; there will certainly be a knock-on effect for taxi drivers, security firms, production suppliers and food outlets, for example.

We know that last year the Government were slow to react, and evidence provided by the likes of UK Music, Night Time Industries Association (NTIA), and Music Venue Trust (MVT) proved that businesses needed support almost as soon as the lockdown was announced.

“That slow reaction from the Government caused many grassroots venues to close permanently, laying off thousands of staff, and having a huge impact on the talent pipeline that is integral to the development and continuation of the UK’s dynamic music scenes. Many of these same venues rely not only on live music but also the ability to convert to club spaces after gigs to supplement their income.”

“The industry does not want to see the return of lengthy application processes where tens of thousands of freelance professionals, within the music industries, falling through the support net yet again. UK music and entertainment, by any definition – artistic, economic, social, cultural or otherwise – are national assets, and must be protected as such.”