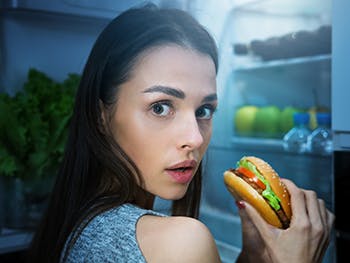 PR and Media lecturer at Birmingham City University, Kelly O’Hanlon, discusses the timing of Burger King’s ‘Women belong in the kitchen’ tweet and how intended campaign messaging can sometimes result in quite the opposite.

The best PR is that which stops people in their tracks, and to truly get people’s attention, sometimes you have to go for the shock factor. And boy, Burger King really made people choke on their cornflakes this morning.

“Women belong in the kitchen.”

Five short words that have well and truly opened a can of worms. What was the meaning of this? Well, Burger King followed up to make it clear what their actual point was:

“If they want to, of course. Yet only 20% of chefs are women. We're on a mission to change the gender ratio in the restaurant industry by empowering female employees with the opportunity to pursue a culinary career.”

And then, what they were really wanting to talk about:

“We are proud to be launching a new scholarship programme which will help female Burger King employees pursue their culinary dreams!”

In PR and social media, it all comes down to timing, and of course this tweet was planned and prepared in advance to land on the morning of International Women’s Day. The purpose? To cut through the news and prompt a heated, and important, conversation about equality in the work place.

But that’s not how it landed. Not by a long shot.

Quick to pour vitriol onto the burger brand, the public were up in arms about what seemed to be a misogynistic comment, shared on its Twitter account of 71k followers. The very point of making such a controversial statement was to create a large and impassioned response and they certainly achieved this. However, the delivery of the message is perhaps their downfall.

The initial tweet stands by itself, with the follow up two tweets providing the real story behind it, and this story does have merit. You can’t deny that more people know about their new scholarship scheme now as a result! The challenge for Burger King, however, is that the first tweet where they seem to be making a statement very much out of step with modern society can be liked and shared alone, with no context to explain where it came from.

Some six hours after these tweets flew out, the first had received 68.5k retweets, 75k quote tweets and over 240k likes. Of these, many furious consumers were sharing their outrage, whilst others were all in support of the misogynistic values Burger King was actually trying to call out. Compared to the follow up tweet, this had only been retweeted 7.7k times in the same period, with 1.4k comments.

Burger King engineered this social media shock-fest and were indeed courting and prepared for the storm that has followed. They’ve even doubled down, responding to people’s outraged replies by reinforcing their intended message.

It's great to see a brand stick to its guns, but you do have to read the room and it seems that so far, the mood is sour and Burger King’s social media stunt is leaving a bad taste in many people’s mouths.