Paige Gilbert is a first year student studying BA (Hons) Public Relations and Media at Birmingham City University's School of Media. Paige gives us an overview of her year so far where she has had an experience like no other. She also discusses her favourite thing about studying public relations and how she managed to overcome her first-year nerves.

My first year of being a BA (Hons) Public Relations and Media student has genuinely gone so fast - I say that as someone who was extremely apprehensive about starting university.

I knew this was the course I wanted to do but the idea of university seemed daunting, and I worried I wasn't intelligent enough. I chose to do this course because I had studied Media at A Level previously and really enjoyed it, but always felt myself drifting towards the public relations (PR) side, without even realising it.

Despite everything that has been going on, I really do think that the lecturers have done absolutely everything they could do to ensure that we all know what we are doing and their support has been so good on this course. I think there is a preconception that university is a massive, scary step up from anything you've done before, and whilst perhaps that might be true for some; I genuinely found the first few months really interesting and enjoyable. And that's coming from someone who worries about everything, so you can trust me when I say that it was actually really good and no one was scary (except the bus driver one time but that is irrelevant). 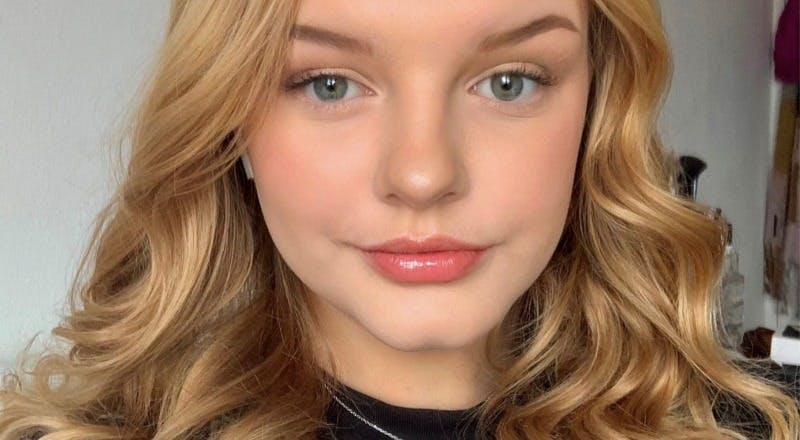 My course only has around ten people in my class, which means we have all been able to get to know one another and being a smaller class, we have had access to a lot more support than ever before. I feel like the lecturers really try to get to know you and I feel comfortable emailing them about any questions I have, even if they aren't always necessarily related to the course! As someone who struggles with bad anxiety, it's a blessing knowing I can trust my lecturers and can turn to them if I ever need support or advice.

I do think that this year at university has been like no other, and so my experience might not be the same as others, but although the circumstances may change (such as the pandemic), I genuinely think it has been the lecturers and the course itself that have made the past year what it is. My favourite thing about studying public relations has been the modules, and in particular, the latest one we did which taught us more about the rapid growth of influencers, social media and engagement. I have always found this topic interesting, as anybody can go transform from a 'nobody' into an influencer practically overnight. I find it so intriguing and exciting; media is growing so fast and the advancements it has made in less than a decade is crazy to think about.

I have thoroughly enjoyed everything that I have done so far this year; my favourite projects have been the PR ones. I think that because I'm so interested in public relations, it is incredibly easy to learn about it and I find the assignments really fun. I have spent the past fifteen years (that's a bit dramatic, it was probably a few less) prioritising more academic subjects, with huge essays and massive books to learn from. I went to a very prestigious academic college, and it made me realise that my passions weren't in politics but that they lay in much more creative subjects. I find creating campaigns so exciting and fun, the idea that you are designing something that somebody wants to use is such a cool feeling.

This first year at university has honestly been great, I don't think the lecturers could've been any more supportive or done anything better. If I had to give advice to someone wanting to do this course, I'd first off say, good choice! Then I'd say, start looking at the media; once you start seeing the intentions behind everything, you won't see anything the way you did before.

Top tips for working in a live TV studio