CALS has unrivalled experience among British universities in organising and contributing to amicus curiae briefs for submission to the U.S. Supreme Court. Although the United States is a major player in the international community, it has failed so far to ratify the U.N. Convention on the Rights of the Child and the O.A.S. American Convention on Human Rights and the Justices of the U.S. Supreme Court are divided concerning the relevance of arguments founded upon international understandings of public international law and treaty obligations to interpretation of the U.S. Constitution. 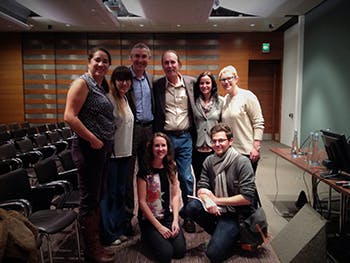 Justices who have found support in international law, even though stating that it is not controlling, have been severely criticised and have even faced calls for their impeachment for relying upon “foreign law”. The appointment of Trump nominees Justices Gorsuch and Kavanaugh as replacements for Justice Kennedy and the late Justice Scalia has now consolidated a conservative majority but the picture so far has been mixed. Although both justices have expressed skepticism about the use of foreign and international law by U.S. judges, at least in certain cases, most recently during oral argument over whether a question on citizenship may be added to the 2020 census both Justices have appeared to be more receptive to what Justice Gorsuch called “the evidence of practice around the world.”

In conjunction with American amici, such as the National Association of Criminal Defense Lawyers, CALS will continue to maintain a watching brief on pending petitions and certiorari grants to identify cases where we feel we can bring special expertise or insights to the Court’s attention. In such cases we will take the initiative to identify amici and organise a brief. CALS is also willing to offer consultancy to prospective litigants or amici in certain areas where its members have special knowledge or expertise – these include issues of federalism, equal protection, judicial recusal, capital penalty jurisprudence, Vienna Convention rights, environmental law, and general common law principles. Most recently CALS in conjunction with BCU’s Centre for Human Rights and Centre for Law Science and Policy drew on U.K. scientific research, scholarship and judicial practice to inform the Ninth Circuit in a case concerning the potential mitigating effects of a diagnosis of FASD.