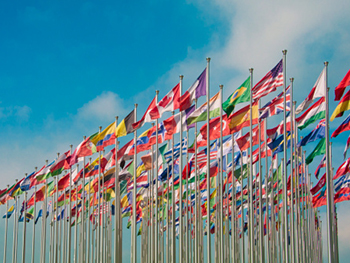 The United Nations Human Rights Council (UN HRC) was established in 2006 through resolution 60/251 of the UN General Assembly and, along with it, the Universal Periodic Review (UPR) mechanism was created.

Through the UPR, the UN HRC reviews each member state’s protection and promotion of human rights. The UPR is conducted through four-and-a-half year cycles, with the second cycle concluding in November 2016 meaning all 193 member states have had their human rights records reviewed twice.

The UPR is based upon three documents. The first is the ‘National Report’ which is prepared by the state under review. Second is the ‘Compilation of UN Information’ compiled by the Office of the High Commissioner of Human Rights (OHCHR) comprised of excerpts and recommendations from the reports of the UN Treaty Bodies, Special Procedures, the OHCHR and the UN General Assembly etc. The final document is the ‘Summary of Stakeholder Information’, wherein the OHCHR summarizes the individual submissions from civil society organizations such as Amnesty International and United States Human Rights Network etc.

The review itself then takes place in the Human Rights Council in Geneva, wherein the state under review and the UN member states are given the opportunity to raise human rights issues and also provide praise for any achievements. It is also at this stage that the other UN member states make recommendations to the state under review as to how it can better promote and protect human rights.

The final stage of the process is the consideration and adoption of the Working Group Report of the UPR. This takes place during a plenary session of the HRC a few months after the review. During the session, the state under review, UN member states and stakeholders are all given the opportunity to voice any updates and opinions on the human rights situation. A vote is then cast on whether the Report should be adopted by the HRC and, to date, no reports have been rejected.

The United States has been reviewed twice in 2010 and 2015, receiving the highest total number of recommendations of all 193 countries in both reviews. In 2010 and 2015 the number one recommended upon issue was ‘international instruments’. However, other popular recommended upon issues included ‘women’s rights’, ‘rights of the child’, the ‘death penalty’ and ‘racial discrimination’.

In preparation for the United States’ 2020 UPR, the Centre for American Legal Studies is seeking interested party status in order to participate in the UPR as a stakeholder. Figures obtained from the UPR Info statistics and database available here.