It’s not every day that you have the opportunity to pitch a horror film to prolific members of the film industry, but that’s exactly what MA Film Distribution and Marketing and MA Feature Film Development students had the chance to do at Cine-Excess XII.

Learn more about our Film courses

Cine-Excess is an annual international film festival and conference that brings together scholars, exhibitors, distributors and global filmmakers to an event which features exclusive screenings and filmmaker discussions. This year it took place at our School of Art and featured a BCU funded documentary on cult film and terrorist fears called ‘That’s La Morte: Italian Cult Film and the Years of Lead’,  which was completed by staff and students from our Arts, Design and Media, and Computing, Engineering and Built Environment faculties. It also gave some of our MA Film students the chance to volunteer and help to organise the festival, as well as pitch their own horror film ideas as part of a competition.

Students were given the brief for their pitches in late September and worked in groups of 2-5 to develop their ideas. The brief asked students to pitch a fictional horror feature film that could be produced for a low independent budget (up to two million pounds), be produced with any cast and crew and lasted between 5-10 minutes. It had to be based around the words ‘Finding Witches’, whether they were part of the film title, theme or the subject of the film. The brief was in honour of the Vincent Price Film ‘The Witchfinder General’, which celebrated its 50th anniversary this year and was a feature of one of the festival’s panels.

There were some fantastic pitches including: 'The Witch Scheme', which told the story of a journalist who investigates the murder of a celebrity friend, and 'The Trials and Retribution of Prudence Bell', a story about persecuted witch Prudence Bell whose family was burnt at the stake during the Salem Witch trials and her consequent revenge. 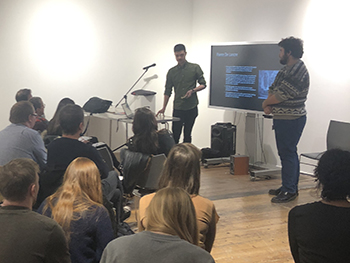 The judges included film reviewer Claire Bueno, filmmaker Phil Blake, and Victoria Price, author of 'Vincent Price: A Daughter’s Biography'. All of the judges reviewed the projects on the basis of: creativity, viability, presentation quality and suitability within the given brief and marked each pitch out of five. The winning pitch from Joe Albanese and Matthew Hadley received 4.7.

Their film was lightly based on a true historical figure, a witch hunter from early 1600s Francs. Matt found the story in a historical article and he and Joe developed the story for the film together.

They entered the competition to gain some experience in pitching, a valuable skill for anyone looking to get into the film industry. Joe commented how the experience was a chance to put their pitching skills to the test:

It’s one thing to be able to come up with an idea and develop it in private, but if you can’t pitch it, and you can’t convince others that it has legs, then you won’t get very far with it! This pitch was a real chance to experience that environment first hand.

Matthew also added how useful it was to have been able to pitch to Phil, Claire and Victoria:

I think it's important that we were able to pitch to them as were given feedback from industry professionals who are currently working in the industry and Victoria Price who has such a rich connection with the horror genre.

Alongside judging the pitches, Victoria Price conducted an onstage Q and A and accepted a posthumous Cine-Excess Lifetime Award in recognition of her late father’s career. Victoria’s father Vincent Price is best known for his film career, having starred in countless horror classics such as 'The Witchfinder General' and 'House of Wax', as well as 'Tim Burton’s Edward Scissorhands' and the popular 'Batman' television series.

Cine-Excess VII was a great success and we look forward to seeing what the next edition brings. In the mean time be sure to check out some of the posters students created to go alongside their horror pitches in the gallery below. 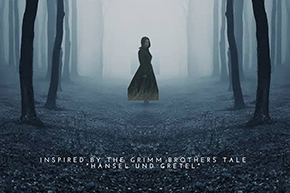 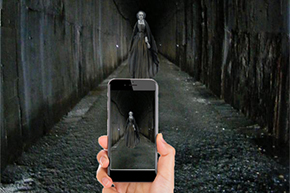 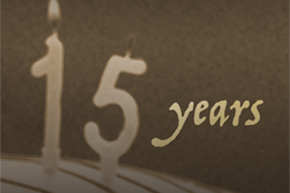