Garance Priez, a Fashion Design student, kickstarted her career at Graduate Fashion Week among industry professionals from the likes of Next and Burberry, just weeks after finishing her degree.

Summer is the season of celebration within our Faculty of Arts, Design, and Media department. Year after year, our ADM faculty department allows us to revel in the faculty’s new talent, which is showcased at Inspired Festival.

Graduate Fashion Week is yet another occasion which stirs excitement and is the perfect way to give well-deserved recognition to our students' final year creations. Every year, a select few are nominated for an award by their tutors and course leaders under various categories within Fashion and Design at the Graduate Fashion Foundation’s GFW Awards. GFW is a charity, self-described as a ‘springboard for new talent’ and a ‘bridge between education and employment’.

Not only did one of our Fashion Design graduates, Garance Priez, win the Childrenswear award this year, but the opportunity itself has granted her the chance to network with some of the industry's biggest names. How often do you get approached by the likes of both Next and Burberry, just weeks after graduating? Well, for Garance, this is now something she’s able to tick off her bucket list thanks to her hard work at BCU, as she is already in the interview stage within both brand’s Graduate schemes.

Garance is a compelling example of how dedication, hard work, and passion for what you do, can pay off in the form of life-changing opportunities at the end of it. We caught up with her to get an insight into what it takes to get to GFW, and how the occasion has enhanced her future goals.

Garance admits these opportunities didn’t come easily; she talks proudly of her commitment to her project, and the importance of consistency in attending every lecture, as well as always asking for 1-1 meetings with tutors to get advice. After finding out she had been put forward for the GFW Childrenswear award by her tutors part-way through her final year, the chance to high the ground running with her fashion career straight out of university suddenly became real. The news motivated her to put all of her efforts into submitting the highest standard of work she could. With the full support of her tutors and access to 1-1 support with her portfolio, she found out that she had been shortlisted for the award; guaranteeing her a ticket to London to mingle with an exciting lineup of industry giants all under one roof.

Armed with striking features, bold concepts, and playful colours, Garance’s offering to the awards was her autumn/winter collection titled ‘Enfant Roi’ (translating to child king in French). The inspiration for the collection’s name came after Garance discovered the stories and photos of her grandmother’s rebellious childhood in 1950’s France. She wanted to incorporate an ‘overloaded, eccentric, and quirky kick’ to her collection, so she also took references from the 17th century art movement – Baroque; this was also an ode to the ‘child king’ at the time, King Louis XIV.

The presentation element of the awards appeared challenging for Garance; as if explaining her work in front of four industry professionals wasn’t scary enough, she also had to do it in her second language, as she is originally from France.

Although, she described this to be less daunting than expected, as she was made to feel very comfortable, and the judges were genuinely interested in her as a person and what she was saying, opposed to focusing on her work alone. This turned out to be another achievement, as her confidence was boosted by the judge's intrigue and sense of humour when it came to the comical aspects of her project, and she obtained some great overall advice and comments.

Garance describes GFW as a surreal experience, and gushes about the euphoric feeling of being praised for her hard work through winning the award. 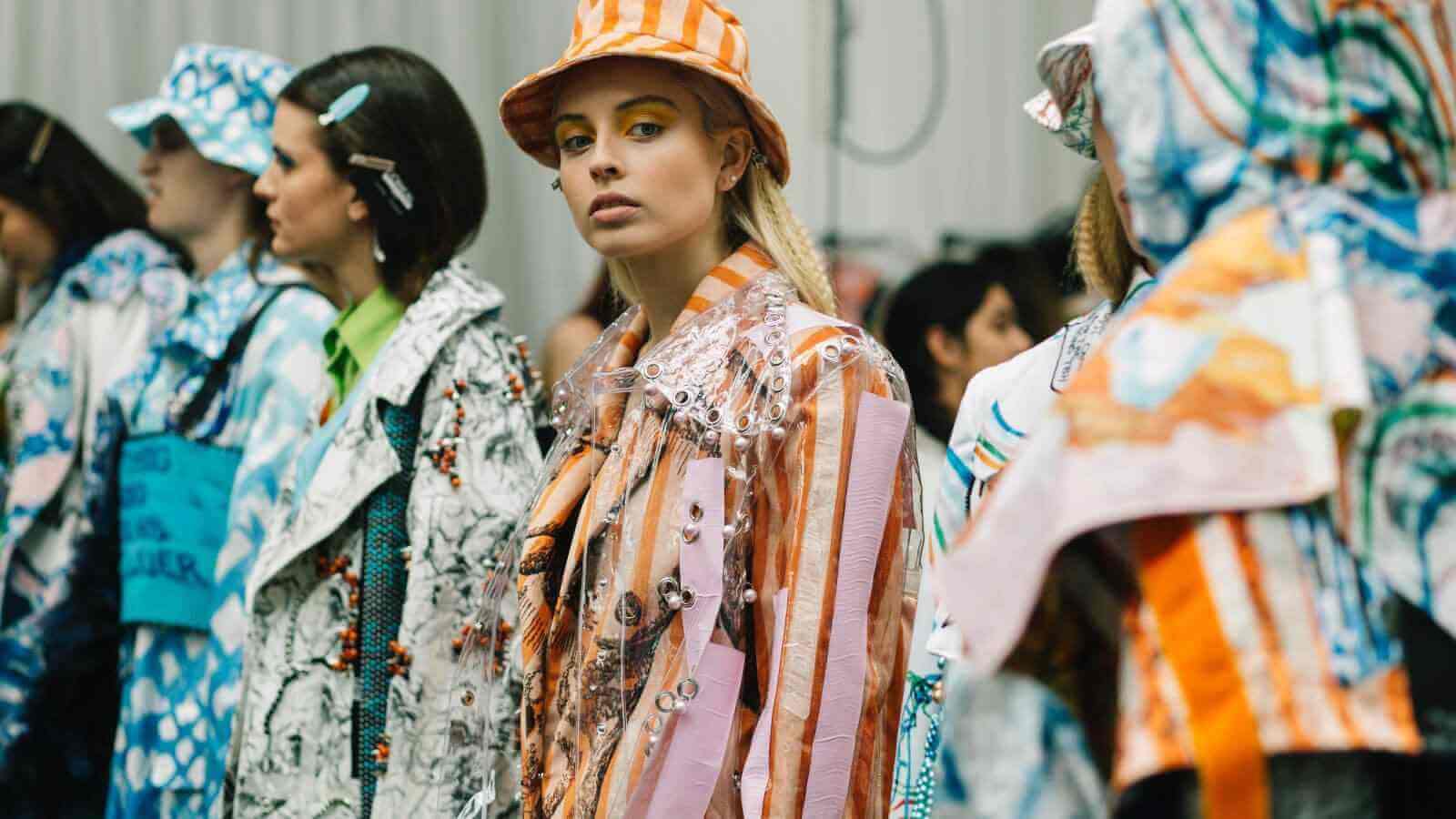 Our courses address the global fashion and textiles industries and you will be welcomed into a creative, collaborative and international student community.