My first full time teaching position was as Director of Music at a small rural independent school in Mid Wales which had a dining hall reminiscent of Hogwarts and an equally magical array of strange and curious customs. Having attended comprehensive school and then a local sixth form college this school was an alien world to me in many ways but even when compared to the annual week-long ritualistic carrying of an ancient toy monkey by the captain of the first rugby team, the school song stood out as something of an enigma.

The standard of singing in chapel could be considered “fragile” at best; that was of course until the school song (Williams, 1850) was performed at the annual speech day celebration. At these points in the school calendar, the chapel resounded with hundreds of staff, students, governors and past students singing in Latin with tangible pride. My current research project and interest in the role of independent school songs in creating identity through shared musical experience grew out of my time at that school and, to a lesser extent, those which have followed.

Where are the female composers?

There is a long history of independent school songs, the earliest of which date back to the 1840s (Phillott, 1843). The songs were written by men, for boys to sing, to assist them in their journey towards becoming gentlemen. This prevalence of male teachers writing for male pupils is understandable given the era in which they were written. But how much has changed over the course of 160 years of music education? 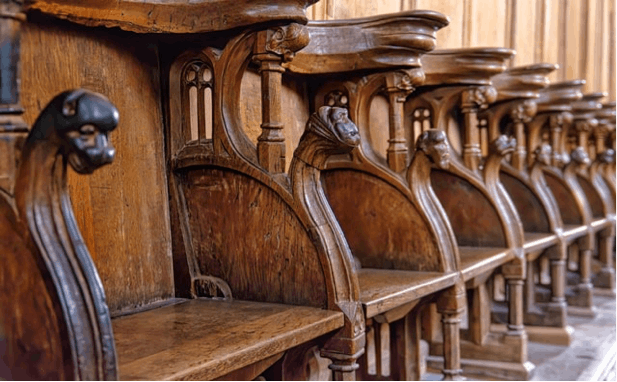 Amongst the 220 independent school songs I have encountered so far, four have been written by women and only one of those songs was written within the last 25 years (Bryden, 2021). This disproportionality is thrown into even starker contrast when it is considered that 72% of independent senior schools in the UK are Co-educational (ISC, 2021). It may be reasoned that the absence of female composed school songs is largely in part due to the resistance towards the education of females in the late Victorian era. Indeed, a large proportion of older co-educational schools in operation today were originally boys’ schools. Tradition is an important element of maintaining an independent school’s identity and the school song is often a cornerstone of that tradition. I have however been surprised to discover that it is common for co-educational schools, and even some girls’ schools, to continue to use school songs with male-gendered lyrics after converting from being a Boys’ school, a firm favourite being John Farmer’s 40 Years On (WCHSG, 2021).

If the presence of female composed school songs is suspiciously absent in independent schools, then what of the female Directors of Music? Alongside overall responsibility for the subject, the Director of Music will usually be the person to rehearse the school song before it is performed on special occasions. Through my research, I have come to understand that school songs, commonly written by Directors of Music, have been taught and experienced in this manner since the 1860s (Butcher, 1951).

John Barnby, Paul David, and John Farmer wrote a substantial amount of the school song repertoire which exists today, and all were Directors of Music at their respective schools. There are of course female directors of music in independent schools across the UK today, I have been one and in both of those schools, my predecessors were also female. However, amongst the 30 schools which form the Rugby Group and the Eton Group of schools, two bodies which include arguably the most well-known independent schools in the UK, there are currently no female Directors of Music and I have to question why this is. 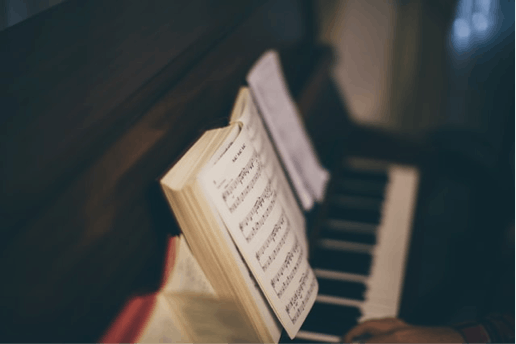 Are female-identifying applicants not applying for Director of Music positions in such schools or are they not being appointed? In either case, this raises questions of gender influence upon the career trajectories of independent school music teachers. It is possible that female-identifying education professionals are instead being appointed as Directors of Music in girls’ schools.

Whilst I have yet to look into this fully, I have discovered that amongst the top ten girls' schools in the UK only three have female Directors of Music (Education Advisors Ltd, 2021). Representation matters and is integral to realising the equality of women in all aspects of society (UN Women, 2020). With regards to prominent independent schools and female Directors of Music, there is little female representation at present.

In the same way that since the 1990s more women have been appointed to Headship positions at independent schools such as Louise Moelwyn-Hughes at Marlborough College and Helen Pike of Magdalen College School (HMC, 2019), it is my hope that in the near future, prominent Independent schools will embrace the opportunity to break with tradition and appoint female Directors of Music.

Pupils deserve as wide and diverse an array of Directors of Music as possible and as schools across the UK become more knowledgeable about and responsive to the gender diversity which exists amongst their pupils and staff, I hope to see this diversity proudly represented in their music teachers and their school songs so we do not find ourselves in a similar position “40 Years On”.

Women, U. N. (2020) Visualizing the data: Women’s representation in society. Available at : https://www.unwomen.org/en/digital-library/multimedia/2020/2/infographic-visualizing-the-data-womens-representation [22/3/2021]

CSPACE's #ChooseToChallenge series calls on researchers across Birmingham City University to submit short papers on aspects of equality, diversity and inclusion in education. Part of xChange Fest 2021, and based on the year's international women's day theme 'Choose To Challenge', the series explores personal experiences, research and reflections.

View more from the series:

All Born Equal? Tackling social inequalities from birth to five to saf...

A reflection on coping with adult physical impairment

Girls don't do this!

'The political catch-up': learning from parents' experiences of home-s...