Peers supporting the development of peers in Initial Teacher Education: is professional dialogue an effective approach?

Vygotsky’s social constructivist theory (1978) explains how people learn in a social context. Typically seen on a ‘vertical axis’ in roles of a teacher/student or master/apprentice, it relies upon a person/s (master/teacher) developing the student/apprentice through a more knowledgeable other (MKO) perspective (Vygotsky, 1978). Wenger (1998), however, believes that a lot of learning takes place at the apprenticeship level, between peers, on a horizontal axis. This blog explores factors associated with peers supporting the development of their peers in Initial Teacher Education and asks if peer dialogue would be an effective tool. 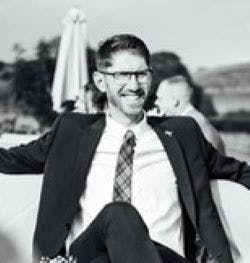 Annually, pre-service teachers (PSTs) will join the teaching profession having gained qualified teacher status through the completion of initial teacher education (ITE), typically completed through university-based training and school-based experiences. During that time, these PSTs will learn, grow and develop through instruction and support from their tutors and mentors, but also through the school-wide professional learning communities (Stoll et al, 2006), created whilst in school; and professional learning networks (Brown and Poortman, 2018) created by the PST (e.g., using social media to connect with other educators). The theoretical influences underpinning the learning between these individuals is social constructivism, with the key social constructivists including Piaget, Bandura, Bruner and Vygotsky (Schunk, 2013). The instruction or support from tutors/mentors will typically take place through a vertical social capital construct, where the expert (be it a lecturer, tutor or mentor) will pass on knowledge and understanding to the PST (the apprentice) for them to reflect and use in their own practice.

Learning vertically is a common approach seen across the world and has taken place for millennia (Garland, 2020). The basic principles follow that of Vygotsky’s (1978) zone of proximal development; an imaginary space where external influences, if correctly positioned, can support progress (Castro-Félix and Daniels, 2018). However, the external influences employed in this imaginary space are approached vertically through the support of a more knowledgeable other (MKO) perspective (Vygotsky, 1978), where the dynamics of the social world involve a master and apprentice arrangement. This vertical axis can create a power dynamic (Forman, 1989), with the master holding power over the apprentice, often also seen during an observation, with the observer holding power over the observed teacher (McCloud, 2015). This power struggle can also be evident in the type of support that is offered, with some offering a summative account of progress - generally a grade or statement given against achievement; or formatively – based upon where the learner’s current achievement is and what the next steps are to further develop (Alabi and Weare, 2014).

Alongside the teaching and learning taking place on this vertical axis, a lot of learning can also take place at the apprenticeship level (Wenger, 1998), between peers, on a horizontal axis. The concept of peers supporting peers is not a new concept; it has been in practice for centuries (Garland, 2020, reviewing the types of learning taking place in ancient Greece), and has been researched extensively more recently (Dewey, ND; O'Donnell and King, 1999). The concept of peers supporting peers in education takes on many meanings, with the notion of peer and the role of a ‘critical friend’ often being deliberated on (Baskerville and Goldblatt, 2009; Gosling, 2002). There are several studies that have explored the use of peers supporting the development of their peers and the range of terms and key words being used are complex and variable.  The terminology can include peer-based learning initiatives, peer observation, peer coaching, peer buddy, peer interaction, critical friend, co-operating or collaborating teachers, peer appraisal, peer evaluation of instruction, interprofessional learning and simply the use of ‘teamwork’, to name but a selection.

But what is a peer? Vidmar (2006: 136) states that peers are self-directed partners in learning, whilst Gosling (2002: 2) states that “the term ‘peer’ can include a variety of relationships within an organisational setting”. Maeda (2001), studying teacher coaching in physical education (PE), states that coaching often exists as peers or experts, however a lot of studies to this point appear to have promoted the term peer to be using the vertical ‘master and apprentice’ type approach, where one peer is an expert and the other peer is learning from the expert (Davis et al, 2015). There appears much less literature related to ‘equal’ peers supporting each other in knowledge construction. Critical to the relationship of ‘equal’ peers (or holding ‘parity’ as Lofthouse and Thomas, 2017, citing Heikkinen et al, 2012, uses) is trust (Levene and Frank, 1993). However, Gibbs and Angelides (2008: 219) state the trust must be in the “proficiency [of the peer] at the activity rather than in their relationship.” However, it is acknowledged that peers cannot truly be equal. So, what can be deemed ‘equal’? Factors differentiating peers can include (and aren’t limited by): gender, ethnicity, age, socio-economic or socio-cultural differences, personal beliefs (Richardson, 1996, cited in Mecchede et al., 2017), personal biography of experiences that they have achieved to this point (Thomson, 2002, cited in Le Cornu and Ewing, 2008), and their motivation or reason for becoming a teacher (Lortie, 1975). Therefore, whilst learning appears to be effective between peers, exploring the differences between peers is complex.

Peers supporting peers to develop can be formal (engineered by an external party) or informal (a coming together of likeminded people). An example of this is Wenger’s (1998) Communities of Practice (CoP), which can often be informal, taking place between PSTs or teachers naturally, by collaborating and sharing practice. This was originally developed from situated learning theory (Lave and Wenger, 1991), where learning is situated (in the workplace) and embedded within activity, context and culture. It is also often unintentional rather than deliberate. CoP has later been defined by Wenger et al. (2011: 9) as a “learning partnership among people who find it useful to learn from and with each other about a particular domain. They use each other’s experience of practice as a learning resource.” So perhaps the differences between peers, whilst complex, also acts as an advantage in this case, as they can share and discuss the different perspectives and experiences?

Alongside the use of peers supporting peers is the use of observation. It appears to be the key factor framing most peer-based learning initiatives, with professional dialogue taking place after the observation. There are clear benefits of observation in professional development; Lamb et al. found that participants engaged well with their observation-based peer review system, concluding that it helped develop “a sense of professional identity…”, expanding “…their ability to reflect effectively on their own and another’s practice” whilst also increasing the PST’s “…capacity to distinguish appropriate generic and subject-specific skills” (2012: 35). Observation however can create a power differential, whereas dialogue can promote reflection, leading the PST to become more skilful (Schön, 1983). Deglau et al. (2006: 426) states that “dialogue allows teachers to challenge existing practices and policies and test the limits of their own professional powers.” Therefore, can peers develop through dialogue alone, without the need for observation?

Carnell and Lodge (2002) talk of dialogue taking learning forward to reach understandings that would not be possible alone, therefore helping to promote new ideas. Effective dialogue can enhance reflection (Pollard et al., 2005), which in turn can help develop the PSTs “knowledge, self-knowledge, and ideas for improving one’s own teaching skills” (Thurlings and den Brock, 2018: 24) and is crucial in “making a new or revised interpretation of the meaning of an experience which guides subsequent understanding, appreciation and action” (Mezirow, 1990: 1). It is therefore my belief that through collaboration in professional dialogue, encouraging reflective practices, PSTs and teachers can develop and build upon their own ability to self-reflect, supporting their development both academically (understand the knowledge related to what, why and how to teach effectively) and technically (be able to apply that knowledge).