Mystery tour for a so-called “NEET”

In this reflective blog, I share my past experience as a young person not in education, employment or training (“NEET”) after leaving university in my final year of undergraduate studies. I discuss my experiences as a job seeker with two different job coaches at the same job centre. As an Indian, female “NEET”, I outline how my first job coach seemed to ignore my voice, whilst my second job coach inspired me to secure employment as a support worker in a mental health organisation. This sets the context for my current research on the experiences of “NEET” young people with support services.

Not in education, employment or training

I was excited to come across this opportunity to submit a blog entry as this is something I have never done before. I have spent each moment preparing for this blog post with my recyclable, fabulous notepad along with my easy-grip ballpoint pen. It's fair to say that having the "I'm ready to jot down some notes" stationery has been an integral part of my writing endeavours! With hot mint tea ready to pour from an authentic Arabic teapot, I reflected on a time when I was struggling with my wellbeing as a so-called “NEET”. During this period, chance encounters with people ignited meaning and purpose. These key moments are discussed in the following short paragraphs, which I feel would have been written differently if my low wellbeing was “severe enough” to be diagnosed as a mental illness…

It feels like a long time ago when I was a final year undergraduate student at a different university. The pressures of all things in-between academia and life had taken their toll on me.  After several meetings with the faculty dean, I decided to take a break from my studies. Unsure about what to do next, I packed all my things and with a conflicted heart I bid my sweet, independent life a farewell. I soon settled back at my parents’ home but without a routine. I often daydreamed about potential job interviews where I would need to explain "this gap in employment" or "incomplete studies". In these scenarios, I would have taken time out to travel as this seemed less failing than leaving university to manage my wellbeing. In reality, I was hoping to find a service that would help me account for these gaps. A lack of such services made me realise that this level of hope lingered in the same daydreams where my imaginary job interviews belonged.

Never ever expected this 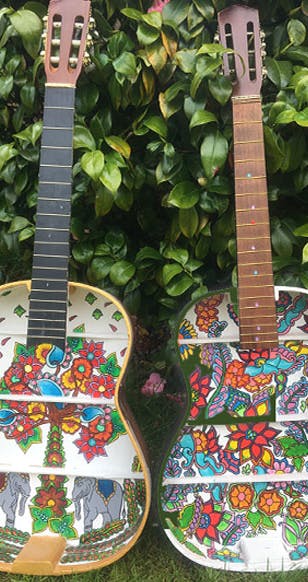 Becoming a job seeker seemed like the next logical step and a few application forms later, I found myself in a busy job centre. Here, I was expected to present evidence of job searches in exchange for Job Seekers Allowance. Each session was the same, I confirmed my details and discussed uninteresting vacancies with a job coach. This monotonous cycle changed after one unexpected session when I approached the same job coach sitting at her usual desk. Instead of the typical, robotic exchange of “hellos”, I was greeted by her unpleasant demeanour. In a fiery tone, she asked why I was wasting her time and not attending interviews. Stunned, I tried to give my details as there must have been a mistake. Before I could respond, she threw a strip of paper at me and pointed towards a row of payphones, indicating I call and re-arrange the interview.

With an angry grip on the paper that detailed an unfamiliar job description, I marched towards the payphones where a curious security guard approached me. After I explained what had happened, he asked for my name and walked away. Without giving this a second thought, I frantically scanned the job description and searched for a contact telephone number. By the time I had found it, the security guard had re-approached me. He apologised on the job coach’s behalf for not confirming my details because “she had someone else’s file on her screen”. I was mistaken for “another Indian girl” whose first and last name began with the same letters as mine. His sympathetic eyes and quick action made me wonder if this type of occurrence happened often.

According to a new job coach, I was amongst a priority group of young people central to a Government “Future Jobs Fund” initiative. I understood there was an urgency on me to secure employment due to my age and economic status.  Although sessions shared similarities with previous ones, this new job coach was inquisitive. She once asked about my hobbies and interests. Well, in-between job searches I would paint and escape into a magical array of colour palettes. Living without a camera phone required my memory to store those picturesque gems Brum can throw at us some times. Capturing these (or trying to!) in a pastime benefited my wellbeing but doing this instead of working or studying while receiving benefits made me feel guilty.

After explaining this, she then asked if I left university because of my wellbeing. Facing this question was something I thought about but was never asked by my previous job coach. Although unprepared for this level of inquiry, I confidently said, "I'm not sure, to be honest, but taking time out feels right”. As I anticipated her critical response, the job coach smiled and politely reassured me. At that moment, I remember questioning my level of comfort around her. Perhaps it was because she was looking directly at me instead of her screen each time we spoke. From that point, her curious nature encouraged me to reflect on my wellbeing and mental health. I finally admitted that I was at my lowest since struggling with life outside of my undergraduate studies.

This liberating realisation was frightening because as an “unemployed, university drop out with mental health” I felt like I was towards the bottom of society’s standards. When leaving university, thoughts about my future were blocked by a brick wall that was heavily coated in grim shades of uncertainties. My vile experience with the first job coach only exacerbated these. This was sharply contrasted by my new job coach’s caring approach as that wall, session by session, gradually came down. Her inspiring style ignited meaning in me and sparked my interest in supporting other people. One day, she printed off a job description for a support worker role in a mental health organisation. The foul meaning that strip of paper once held was soon replaced by a successful interview.

This organisation supported service users with social integration and I was based in the rehabilitation provision. Here, I interacted daily with people ages 18 to 65 years, who had various diagnosed mental illness and learning disabilities. I remained with this organisation for nearly a decade. Within this period I progressed to a senior role, completed my undergraduate degree and a master’s degree. Most importantly, my perspectives towards mental health changed as service users meant more to me than their diagnosed labels. They were people with rich biographies and fantastic personalities. Each had a unique way of looking at the world and hearing their experiences was invaluable. Amongst all, views towards other services shared by young people labelled “NEET” resonated with me the most. My first job coach was uninterested in hearing my voice and saw me as a number without value. My second job coach saw more than this as she encouraged open dialogue between us and helped with my next steps. These led me to an organisation where I realised that behind each label is a unique narrative.

My past experiences as a “NEET” young person are important to me because I have unpacked this story at Birmingham City University. Here, I have been fortunate to interact with faculty members who have also encouraged me to think outside of the binary box. This has informed my research interests on “NEET” young people’s experiences with Individual Placement Support (IPS) (Drake et al., 2012) services – a type of employment service for people experiencing mental health. Finally, I do often wonder what kind of assumptions are made about me because of labels such as, “Asian, Indian, female, BAME, mental health and NEET”. To meet the demands of this research and manage my wellbeing, I upcycle household items such as old guitars into art as pictured in this blog! For me, being “NEET” was a challenging period but my mystery tour has been rewarding.