How can I hear if I am not listening?

In the acknowledgments page for Teaching to Transgress, bell hooks quotes Freire: “live to become”. As a university-based teacher educator and school governor it appears from the outside that schools and schooling in England prioritise traditional and even oppressive classroom spaces. The focus seems to be on fixed perceptions of ahistorical declarative knowledge where ‘being’ is prioritised over ‘becoming’. Within this blog I want to question my own perceptions of teaching. As a former teacher, did I hear my pupils? Did I nurture bell hooks’ vision of democratic and transformative pedagogy or perpetuate oppressive classroom spaces?

I am lucky enough to visit a range of schools for a variety of reasons. An assertion that is often made is that ‘we have a knowledge-rich curriculum’. I like this idea. It emphasises the importance of knowledge in education. Common sense suggests this is the right approach to schooling. A knowledge-rich curriculum will support pupils to access the world as we know it and help them learn how to live in it. Viewing knowledge as objectified cultural capital appears, on the surface, to make a lot of sense. As Gert Biesta (2015: 17) acknowledges: “The point of education is . . . that students learn something, that they learn it for particular reasons, and that they learn it from someone.”

I began my teaching career (a long time ago) with this common-sense approach. Over time, presenting knowledge to pupils as objectified cultural capital became problematic. Different pupils responded in different ways, exacerbated when I moved from the leafy suburbs into the inner city. Knowledge became more ambiguous, particularly when working in the field of arts education. I had to keep shifting the something because the reasons behind what I was doing began to change. I could no longer rely on presenting declarative knowledge as though it was context free and ahistorical. To value diversity and promote inclusion I needed a different approach.

Focusing on knowledge from a teaching perspective meant that my voice dominated the classroom. I was not hearing my pupils or recognising their perspectives of the knowledge I was introducing. This did not enrich my classroom but rather created conditions where I began to impose certain types of knowledge on my pupils. In the worst cases this became a form of oppression. I was objectifying knowledge and objectifying the pupils I was teaching. I was not seeing them as subjective “thinking beings with agency . . . who can draw conclusions and can act upon those conclusions” (Biesta, 2015: 16). It was important for me to progress towards bell hooks’ vision of education as the practice of freedom. The need to hear and recognise my pupils became a priority.

What is ‘freedom’ within the context of a classroom environment? As a classroom music teacher, I could not lose control of my classes. This loss of control was exacerbated in a music classroom full of noise-making instruments. As a newly qualified teacher, I was embarrassed when my classes disturbed my colleagues. There needed to be clear structures to my lessons where I would provide external input determined by someone else, usually the “great white men” (hooks, 1994:  37). These inputs would then lead to particular outputs. On the surface, this seemed much easier. Pupils could be controlled by being isolated behind desks and it was clear what needed to be taught. But this was not education as the practice of freedom. I had the knowledge, and my pupils did not. They depended on me to provide the answers, drawn from the past. I was securing their role in an established orthodoxy. Fundamentally, it was boring!

I was relying on traditional approaches to education where I was engaging in what Giroux (2011: 33) would identify as a “technical rationality” which “eschews notions of meaning that cannot be quantified and objectified.” As time went on, my lesson structures became less rigid and more responsive. I began to take risks and open-up my classroom. I now realise how important this was. Over time I found that the declarative knowledge I introduced provided conceptual frameworks for creative thinking, rather than fixed or closed knowledge structures that needed to be acquired. Questioning and enquiry were prioritised over retention and recall. Spaces for subjective thinking and making created opportunities for pupils to share judgements and justify their responses. I could hear my pupils. I began to recognise and value their contributions.

This did not always work. Pupils were reluctant to share or just improvised their responses. They were very hard on themselves, more so than on each other. Creating the right conditions for bell hooks’ democratic and transformative education was a real challenge, particularly with young people who were trying to assert themselves. It was hard work, but once I started hearing, I was ‘hooked’ on creating opportunities to listen. Responses I received from pupils enriched and embodied the objectified knowledge I presented. Significantly, their responses provided learning opportunities for me, in addition to other pupils. I felt enriched, taken on a journey towards a shared understanding. Teaching became personally transformative.

A continuous process of transformation helped when I shifted identity and started working as a music classroom teacher educator. The young (and occasionally more mature) adults I worked with brought a wealth of musical knowledge and experiences with them. I became fascinated by the way hybrid spaces could be created when beginning music teachers with different musical expertise worked together on creative projects. I moved away from a pedagogy of deliberate practice associated with a master and apprentice model of music education (Ericsson et al., 1993) towards a music classroom pedagogy that emphasised musical thinking and making as open and ongoing creative processes (Mills and Paynter, 2009). An objectified musical product was not a priority (although often a source of great pleasure). It was reflecting upon a creative process that took centre stage. I would like to think that this pedagogic approach promoted the potential for a type of freedom that Simone de Beauvoir would call ‘transcendence’ or: “the movement towards an open future [with] indeterminate possibilities” (Bergoffen and Burke, 2021: 5). Beauvoir was challenged by notions of freedom, particularly the freedom for leaders to do what they wanted in totalitarian regimes (much of her writing and thinking was influenced by the Second World War). She began to explore the ethics of freedom and realised that freedom is situated, and that personal freedom is dependent on the freedom of others (ibid: 6-9). 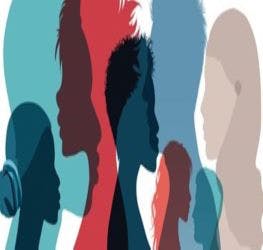 I am still challenged by ways in which ethical intersubjectivity can enrich my teaching. Too often I revert into a ‘teacherfication’ mode and neglect to listen to those in front of me. I hope I did not take too long to recognise and hear what my former pupils were saying. When I did, they enriched my life. I hope the pupils of today are given space to share their thinking. They should be given the chance to consider their future and not just to passively accept what happened in the past.

Biesta, G. J. J. (2015) On the two cultures of educational research, and how we might move ahead: Reconsidering the ontology, axiology and praxeology of education. European Educational Research Journal, 14(1): 11-22.

hooks, b. (1994) Teaching to Transgress: Education as the Practice of Freedom. New York: Routledge.