This blog forms part of the first Educators in Educational Governance (E-EDGE) blog series. As co-researcher in the BELMAS project, my blog discusses Post New Governance as a democratic alternative in educational governance. 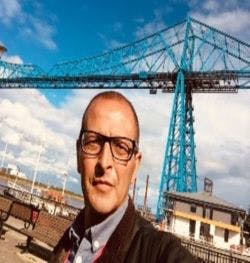 The tensions and social injustices inherent between a democracy and a monocracy are at the forefront of my mind as I write this blog over the so called ‘Platy Jubes’ festivities – a period of celebration of the monarchy. Have we forgotten that a monarchy, etymologically and practically, is the rule of one unelected individual over a population of ‘subjects’? What is needed is the Republican celebration of democracy, whereby our governance structures are shaped by elected representation that aim to reflect the interests and diversity of the citizenry. In social institutions, democracy is often, similarly, overlooked. Indeed, Vic Kelly, (the former Dean of Education at Goldsmiths who inspired my early studies) reminds us that democracy is seldom evident in social institutions and, especially, in that institution we call education (Kelly 1995).

Education: the democratic deficit as a result of new governance

The democratic deficit in educational institutions arises from the political imperative to introduce commercial practices and management styles, therefore, the state, according to Hirst (2000), concedes to the principles of marketized forces and this allows for the devolution of our public sector to remote and unelected agencies. These agencies: for example, Academy and Multi-academy Trusts, are established under the misguided ideological domination of neoliberalism and policy reforms of New Public Management (NPM) such as the Academies Act (DfE 2010) and the recent Schools White Paper (2022). Such academy trusts, the agencies, are often self-appointed, self-managing and self-perpetuating, moreover, they are often remote from the citizenry and the stakeholder groups they are intended to serve, thus, they are undemocratic hegemonies.

Both the recent Schools White Paper (DfE 2022) and The House of Commons Committee of Public Accounts, Academies Sector Annual Report and Accounts (Parliament 2022), published weeks apart, are critical of the deficit of accountability and transparency in the academies system – even though the DfE now has a policy of full academization. It is acknowledged that schools have been pushed into a top-down corporate structures that has left staff, parents, pupils and communities with less of a voice and little say over the future of their school. Moreover, it is advised that such top-down reorganizations that increase private involvement is something the public does not want to see. The academies system is described as messy and often confusing. Glatter (2017) describes this process of academization as re-disorganization, and Ball (2018) discusses the tragedy of state education and a system in disarray.

Recommendations suggest that all academy trusts should be responsive to parents and local communities and that all trusts should have local governance arrangements – forms of strategic governance that is robust, ethical and has a strong local identity. Guidance on these governance structures: structures that have, hitherto, been delegated to trusts, is to be published by the DfE.

Post New Governance: towards an architecture to restore democratic legitimacy

The ideology of new governance and the phenomenon of the democratic deficit persists across academized education. It is, therefore, a system imperative to enter a new phase of Post New Governance (PNG) – a phase that facilitates democracy and stakeholder engagement, essentially a new architecture of governance. PNG (Allen and Gann 2022) requires a progressive institutional reform strategy that embraces democratic innovations.

Specifically, a ‘micro-governance network’ tips the current power base within the academies governance system on its head. Within this model a powerful democratic space is created whereby an elected and representative community network of stakeholders, staff, students, parents and community groups combine to form the Academy Trust that is wrapped around the school. Importantly, this forum holds the funding agreement with the DfE. Thus, this body of up to 40 stakeholders are accountable for their school. Current Members group in Academies operate rather differently and may have as few as four unelected and remote members. The proposed democratic Forum are able form a governing board with delegated powers.

This micro-governance network is reminiscent of Members’ Associations of Morris’ Village College in Cambridgeshire and Community Forums within Co-operative Schools. Within this democratic innovation the principles of Empowered Participatory Governance (Fung and Wright 2003) are meaningful. They include:

Firstly, ‘bottom-up participation’, of stakeholders, whereby channels of engagement are developed to allow those most affected by the organization to apply their knowledge, interests and skills to the formation of solutions; secondly, a ‘practical orientation’ whereby the governance structure is developed specifically to meet the needs of the organization and thirdly; ‘deliberative solution generation’, whereby participants in the broader governance structure (laterally and vertically) listen to and respect each other’s position to generate group choices.

In concluding and drawing on Kelly (1995) and Dewey (1916) it is apparent that democracy is more than a form of political organization or system of governance, it is a way of living and learning.

Department for Education (2010) The Academies Act 2010. London: The Stationery Office.

Department for Education (2022) Opportunity for all: strong schools with great teachers for your child: The Schools White Paper. London: The Stationery Office.

Glatter, R. (2017) ‘Because we can’: Pluralism and structural reform in education’. London Review of Education Volume 15, Number 1. London: UCL Institute of Education Press.