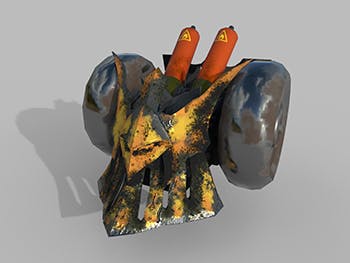 A new mobile gaming app is hoping to bring the destructive combat of ‘Robot Wars’ to the streets around us – without anyone having to get their hands dirty.

At the game’s official launch back in 2017, the 'micro' version featured two iconic Birmingham locations; The Parkside Building, at the heart of the University’s City Centre Campus, and one of Europe’s largest inner-city shopping centres, the Bullring.

However, in order to battle against other players, gamers must be physically present in the real world locations the arenas represent, similar to players visiting a PokéStop or Gym in the popular ‘Pokémon Go’ app. As well as arenas, new robots and power ups are unlocked at certain locations in the new game. 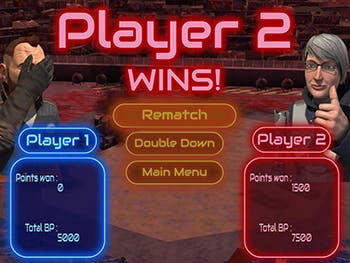 Alongside the 'micro' version, postgraduate NTI students also developed a PlayStation 4 version – ‘Xtreme Robot Destruction’ – as part of their studies.

Fifty students spent three months on the PlayStation 4 game, with the 'micro' version being delivered in just six weeks. To put this into context, most console games within the industry are developed in 12 to 24 months, with three to six months devoted to gaming apps on average.

Collaborating across various disciplines, I have grown so much as a professional throughout this course, and now we have two fantastic products we are all really proud of.

“People come from all over the world to study on these courses, so I am privileged to be working with, learning from and getting to know people from not only here in Birmingham and the wider UK, but also from the far corners of the globe – reflecting the international nature of the games industry. I see my course mates all as family now.” 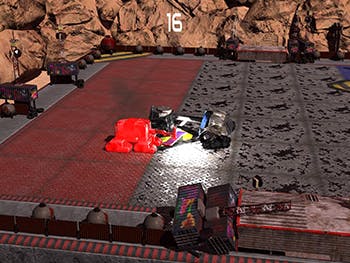 Students showcased both versions of the game to gaming industry VIP's and marketing professionals, including representatives from Chapter, Codemasters, Microsoft Rare, NaturalMotion and Playground Games. The industry leaders also led a roundtable event, where various issues affecting the contemporary games profession were discussed.

‘Xtreme Robot Destruction’ is a button-bashing, metal-grinding, arena battler, where players are free to smash, ram and saw their way through opponents using their chosen bot.

“The PlayStation 4 game sees the carnage of ‘Robot Wars’ come face-to-face with the scale of destruction seen in ‘Godzilla’, through a seamless combination of intense robot battles and environmental obliteration. With destructible locations and the in-game wager system, players must smash their way to being number one by annihilating any bot who gets in their way.

“Getting the opportunity to work with professional-level equipment and software has allowed us to create high quality products that can impress. Birmingham City University has provided me with space to work in a studio environment that is as close to the industry as we can get.”

Take a look at the video below, produced by our first year Digital Marketing students, showcasing our students’ work:

Check out footage from the game