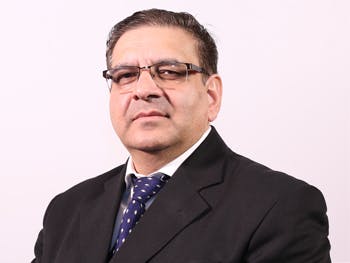 A Birmingham City University academic has been recognised for his work in developing the next generation of computer and networking professionals after being appointed as an advisor for a top tech firm.

Mak Sharma, Professor of Computer Science Education at Birmingham City University, has been named as a member of Cisco’s FY19 Academy Advisory Board following more than 30 years working at the University.

He was invited to join the board, which decides on key elements of the project, in recognition of his ‘hard work, success and dedication.’

An expert in computer networking Professor Sharma has undertaken an array of research projects during his career looking into advanced and emerging technologies such as cloud storage and 5G technology.

The former hardware and software design engineer has worked at Birmingham City University since 1987 and oversaw a move which saw its Faculty of Computing, Engineering and the Built Environment relocated to Birmingham’s Millennium Point.

Professor Sharma said: “I am delighted to have been invited to join the Academy Advisory Board which will help shape the future direction of courses, training and career paths."

With the emergence of new technologies such as 5G it is more important than ever that we ensure the next generation of workers have the skills they need to drive forward economic growth in the West Midlands and beyond.
Professor Mak Sharma

“With the influx of tech businesses launched in the region over the last few years there is clearly an appetite for these skills and it is up to us as educators to make sure we are equipping students with the capabilities they need.”

Cisco Networking Academy Support and Training Centre helps to teach, train and support the next generation of certified Computer Network Scientists in the use of the firm’s technology.

The University runs courses leading to internationally recognised certifications such as Cisco Certified Network Associate, which are an essential requirement for all those entering careers in the field of Computer Networking.