New research could save NFT owners legal fees and heartache 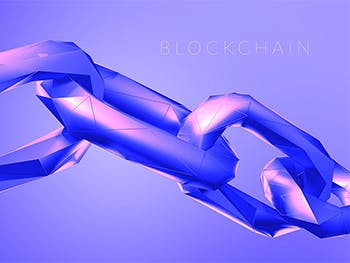 Non-Fungible Token owners could face legal fees and heartache if their NFT ‘hard forks’, according to new research by academics at Birmingham City University.

A new study by academic Akira Summers and legal expert Mitchell Longan explored the problems ‘hard forking’ creates for unique assets and who should own an NFT when it occurs. The issue has yet to appear in court, but landmark cases are anticipated soon.

“When an NFT hard forks, it essentially splits and creates two distinct copies – which is problematic for NFTs as they are unique digital assets. NFTs can also represent ownership of real-world items, like real estate, or digital properties in developing metaverses. Some are worth millions,” explains Akira, Digital Media Technology Course lead and Senior Lecturer at Birmingham City University's School of Computing and Digital Technology.

“But when they hard fork there’s inevitably going to be legal problems - especially if two ‘receipts’ of ownership exist for the same tangible item, like a house.

Blockchain technologies are relatively new and are rapidly evolving, and there’s very little awareness of the problems that can arise with NFTs when a hard fork occurs. It's not been tested by the legal system yet, so our research considers the technological and legal implications - and solutions - before this inevitable event occurs.

The researchers' work also questions whether, in this case, each NFT should represent a 50% share of a house - mimicking the process by which public companies occasionally ‘split’ their stocks. For example - is one token valid and the other not? If so, which one?

The findings also revealed that there may be valid reasons why the token tied to the un-updated blockchain should be considered the ‘valid’ NFT - if there were legitimate reasons for not updating. Whoever was in possession of the NFT at the time the fork occurred could be the owner of both copies.

Mitchell Longan has been researching the legal impacts of various new technologies since 2016. He previously worked as a researcher at the Cloud Legal Project at Queen Mary University. He is now a lecturer in law at BCU where he teaches intellectual property law and works on IP and technology law-related research projects as a member of the Centre for Interdisciplinary Legal Studies.