For almost 20 years now Multiplay has been hosting what they claim to be “the UK’s biggest gaming festival”. From its humble beginnings in a small office in Swindon with a few hundred people, it is now filling out the UK’s largest exhibition centre, the Birmingham NEC. Insomnia started primarily as a LAN event for people to bring their own computers to compete in tournaments to win prize money. Since then it has grown to a massive exhibition full of upcoming games, stage events featuring popular YouTube personalities, a showcase of small indie titles, retro games, tabletop games, lots of evening events, and the list goes on and on – there’s even a live robot wars tournament!

I recently attended their latest event, Insomnia 61, and it’s safe to say I had a blast. I’ve been to my fair share of gaming events and LANs like this before but my experience at i61 was unparalleled. This year Nintendo and PlayStation had a big presence and were showing off some exciting new titles such as the upcoming Super Mario Odyssey and Call of Duty WW2 which were both surprisingly impressive. However, the games that blew me away the most were the PlayStation VR demos. I was lucky enough to get hands-on time with a few VR titles including Superhot, Grand Turismo and an early build of Supermassive’s upcoming VR co-op first-person shooter Bravo Team which was by far and away one of the most surreal gaming experiences of my life. I was sceptical about VR before as I’d only tried a few basic demos on the Oculus Rift, but now after seeing what PlayStation are bringing to the table I feel like VR is finally more than simple tech demos and is here to stay in the consumer market. 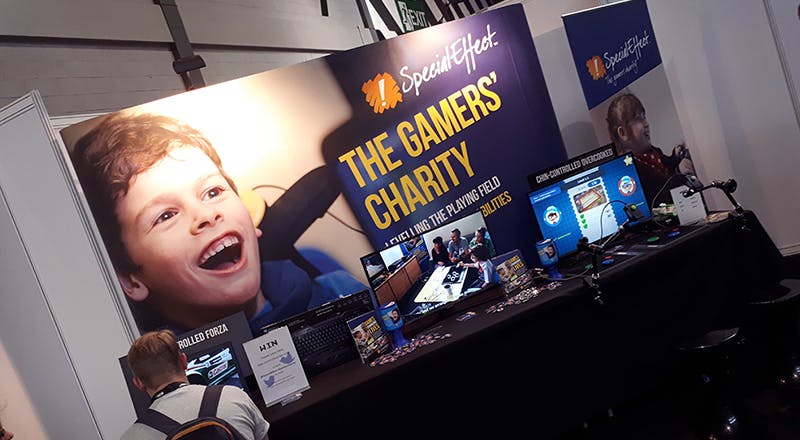 Another substantial part of my time at the event was spent playing the huge array of indie games on display and talking to the developers themselves to hear their stories. As a Computer Games Tech student at BCU I can honestly say that talking to these developers who have spent their lives trying to break into the industry and hearing their advice has been invaluable to me. I highly recommend that anyone interested in learning more about the development process of games does the same if they get the chance. Not to mention getting the chance to visit the Special Effect booth. They are a brilliant charity trying to make gaming as accessible as possible. I’ve taken part in fundraisers in the past and I highly recommend looking at their inspiring stories and work on their website. 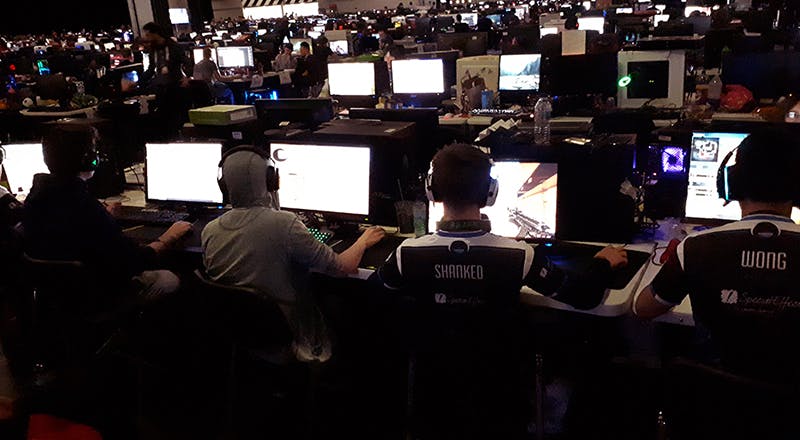 Insomnia isn’t only about playing new games, it’s also a place to meet new people and form communities, and that is what makes Insomnia different to other gaming events such as Gamescom. I had arranged to meet a group of online friends at the event who were competing in tournaments there, it was great fun meeting everybody and sitting behind watching tense moments as they played for substantial prize money. Moments like these are where Insomnia shines, when you’re surrounded by good friends and taking in the surreal atmosphere of the enormous LAN halls. As great as the exhibition is, the Bring Your Own Computer LAN arena is the lifeblood of Insomnia, and as a PC gamer I don’t think there’s anything more beautiful.

There is so much more to Insomnia, but to truly understand how surreal the event is I highly recommend that everyone should experience it at least once in their life. Insomnia runs three times a year and there are other annual events such as the upcoming EGX also taking place in the NEC which offers a bigger focus on new and upcoming games.

Insomnia 62 will be taking place next Easter and tickets will be released sometime in October.