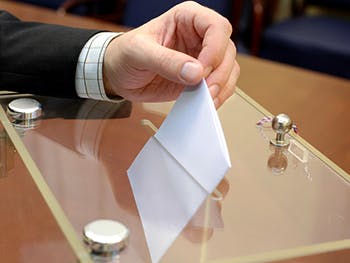 In June, 2016, a referendum on the UK’s EU membership resulted in a vote to leave. Since then, there has been much speculation in the media about why people voted to leave, including claims that the decision was driven by xenophobia and fears related to immigration.

At this time, limited research has focused on understanding the decision making processes and implications of this vote from a Psychological standpoint, despite some interesting findings emerging from existing research. For example, research has related vote decisions to voter demographics.

A large scale social study has shown that those with lower income tend to feel politically excluded and experience having less control over socio-political issues (Dunatchik, Davies, Griggs, Hussain, Jessop, Kelley, et al, 2016). Additionally, a study looking at characteristics of voters found that the highest proportion of those who voted leave were those with low-income (less than £1200 per month),with highest level of qualification GCSE (or equivalent), living in social housing, and those who feel that “Britain has got a lot worse in the last ten years” (Kirby, 2016).

Voting justifications have also focused on locus of control. For example, an external locus of control has been shown to promote more anti-immigrant attitudes, which are distinct from, but related to, racial prejudice (Harell, Soroka). In 2004, Twenge et al reported an increase in externality of locus of control among college students from the 1960s to 2002, indicating an increased tendency to believe that luck and fate contribute to one's destiny, rather than being in control of one's own destiny.

The way we perceive and interpret information, which may also be influenced by locus of control, is important in decision making processes. It is possible that the Leave campaign focused on tapping into people’s fears, and on loss aversion (Kahneman & Tversky, 1979) and negativity bias (Baumeister, Bratslavsky, Finkenauer, & Vohs, 2001). For example, there were claims that the NHS loses money to the EU and that jobs are being taken by immigrants. This has implications for self-determination, as people may then feel thwarted and lacking in autonomy and control (Ryan and Deci, 2000). It has been suggested that this might also have contributed to the Leave vote, and could potentially explain the high proportion of Leave voters among lower socioeconomic status (SES) groups.

It will be interesting to see if this is related to locus of control. It is possible that individuals who have a sense of competence, autonomy and internal control may not need to exercise control through such a vote. However, given that there were Remain voters among lower SES groups and Leave voters with higher education and SES, it seems likely that other psychological factors played a role in the decision.

For example, racial prejudice could be related to xenophobia and fears about immigration, whereas such fears might be offset by greater levels of empathy, which has an inverse relationship with Social Dominance Orientation (Nicol & Rounding, 2013). Individual decision-making styles may also have played a role in how campaign propaganda on both sides of the debate was interpreted, and the extent to which additional information was sought in the decision-making process.

The current research aims to combine each of these factors into a single study, in order to understand the reasons why the UK voting public voted to leave the European Union. Additionally, this research is particularly important given the current political climate, with Brexit in the UK, the increase in popularity of right-wing politicians such as Marine Le Pen in France, Geert Wilders in the Netherlands, and the election of Donald Trump in the US. This study seeks to shed light on some of the factors underlying political attitudes in an area that requires further research.

This research project aims to investigate the reason’s people chose to vote to leave or remain in the European Union. This project builds on research previously carried out into voting behaviours in other countries, has been design to allow for comparisons with these, as well as looking at additional psychological factors that might be associated with voting and political views. How and why did people vote on leaving the European Union? What social psychological processes, individual differences and attitudes relate to this decision - and how do people feel about it now?