UK and US Parallels

Commenting on the ‘remarkable parallels’ between the Brexit vote and the rise of Donald Trump in the United States Presidential election, The Washington Post observed: “We are in the midst of a worldwide sea change regarding how people view themselves, their government and their countries. The Brexit vote and the rise of Trump — while separated by thousands of miles and an ocean — are both manifestations of that change. There will be more.” 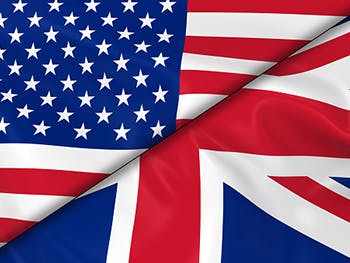 The Washington Post was not alone. Commentators agree that both campaigns pushed populist buttons of xenophobia, and mistrust of politicians, ‘liberal elites’ and experts generally which fed perceptions of loss of national identity and a generalised exclusion from mainstream political social and economic discourse. Fundamentally what both campaigns seem to have revealed is the extent of the deep internal divisions on matters such as race and racism, equality, gender identity, sexuality and environmental justice that in the United States have been termed ‘culture wars’ but which now it seems may threaten the United Kingdom too.

Donald Trump tapped into these ‘wars’ when he predicted, shortly after the results of the EU referendum were announced, that the forces that shaped the British vote for Brexit would work for him in his bid for the presidency of the United States."I think I see a big parallel ... people want to take their country back," he remarked at the re-opening of his Turnberry golf course in Scotland. Britons, he said, "took their country back, just like we will take America back."

To the extent that these divisions no longer align with traditional political groupings they raise new questions concerning the relationship between existing institutional arrangements and the increasing dominance of ideas of popular sovereignty. In the United States these issues are framed by the tensions of federalism and are mediated by the U.S. Supreme Court. In the United Kingdom, the constitutional dimensions remain to be worked out.

Development of these themes and analysis of the causes and likely consequences of a Donald Trump presidency and a U.K. Brexit are at the heart of this stream which is steered by the Centre for American Legal Studies but which welcomes scholars from across the university to come together to explore with a variety of methodologies what these parallels might mean in terms of access to justice in its widest sense.