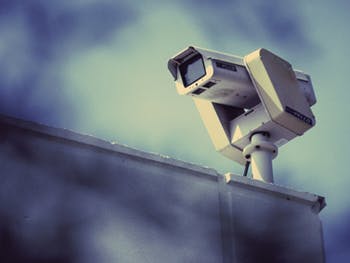 Intelligence gathering and national security are areas in which Brexit is going have a substantial impact. However, not all the activities are going to be affected in the same away.

The Centre’s mission here will be to monitor and evaluate possible threats in this changing landscape, specifically focussing on the following areas of analysis:

The exit of the United Kingdom from the European Union should not pose any special challenge under this regards: the UK and most EU members will remain member states of NATO, with the ensuing obligations in matters of defence and reciprocal obligations.

This will still leave, however, all those situations in which NATO has proved to represented not the most effective medium of intervention, such as in the dialogue with Russia, the Syrian refugee crisis and the complicated relations with Turkey, another NATO state. In these cases, a constructive dialogue has always been facilitated by the EU structures, which from now on may exclude the UK from future consultations.

Similar concerns can be directed to defence issues, including law enforcement activities across Europe some of which occurs outside EU channels.

A UK exit out of Eurojust will make all the procedures less effective and more time consuming, in the case of extradition outside the EAW framework. While it is difficult to forecast at this stage which kind of alternative will be devised to address similar issues, there will be an enhanced need to additional coordination that will be carried out under a different framework.

In terms of people’s movement across the EU, one of the contentious areas of the Brexit, there will be certainly be an impact on immigration rules, policies, border security practices on both sides of the Channel: UK borders will become tighter rather than more porous, during the negotiations and at the end of a Brexit process, but, a diminished cooperation between the border police enforcement agencies across the Channel might will probably create a series of issues and make more challenging the exchange of critical information.

The EU lacks a centralised intelligence apparatus beyond its general research and study departments, therefore a Brexit won’t result in any split per se.

What exists instead since 2011 is the Situation Centre of the European Union (EU SITCEN), and under the authority of the EU's High Representative, EU SITCEN mission is “to provide

intelligence analyses, early warning and situational awareness to the High Representative Catherine Ashton and to the European External Action Service, to the various EU decision making bodies in the fields of the Common Security and Foreign Policy and the Common Security and Defence Policy and Counter-Terrorism, as well as to the EU Member States.”

Interestingly, it has started as informal body to exchange sensitive information, for initiative of for countries such as Britain, France, Germany, Italy and Spain, but even at present is not a fully functional intelligence agency and doesn’t carry out any autonomous data collection. Moreover, intelligence exchange also happens, mainly in a counter-terrorism perspective, through organisations such as Europol (i.e., the European Police), the Joint Situation Center (SitCen), the Intelligence Division of the European Union Military Staff (INTDIVEUMS), and the European Union Satellite Center (EUSC).

It is still difficult to preview what is going to happen in terms of inter-agency cooperation in a post-Brexit scenario, and the fact that many activities are not under a parliamentary oversights make a close monitoring difficult. Any research activity in this area will probably have to rely on OSINT and other similar kind of sources.