Britain leads in Europe and is regarded third after the US and Canada in solving social problems with social enterprises and charities delivering public and other social services, followed by protecting the natural environment and supporting the arts. 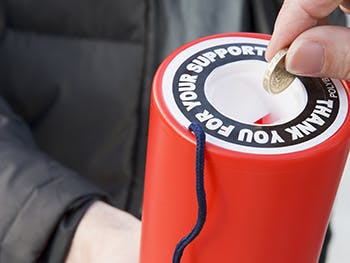 We have over 70,000 social enterprises  (2016), at the end of 2016 over 167,000 registered charities (with an income of over 73 billion) and thousands of unincorporated voluntary and community groups delivering on these two essential areas for UK society and economy. An immediate post-election impact has been the rise in reports of hate crime motivated by racism.

Similarly, over two third felt that there are no advantages for the UK leaving the EU.

Does it differ for charities? The answer is potentially yes – 249 charities gained over 217 million pounds of funding in 2014 from the EU. Once the UK has left the EU, charity leaders feel this funding would be at risk, thus putting part of their income streams and thus sustainability at risk. In particular in the area of environmental protection EU regulations meant that stronger protection was put into place then previously – and these charities fear that the protection of wildlife would be weakened.

What will the impact be? Until the first day of non-EU-membership not many changes will be effective. Mid- and longer-term, the structure of the Third Sector might change, that small fully on grans relying charities and social enterprises shrink in numbers, as they cannot develop quickly enough independent funding streams going beyond the insecure fundraising.

For society this would mean that many services government is not offering any more will not be provided by Third Sector providers either due to the shrinking numbers and/or the decreasing capacity to deliver the same amount of services:

Indirect impact – government reactions to cutting public spending, thus reducing income streams for those social enterprise delivering social services to those in need, unemployed and the elderly. Delays in issuing public sector contracts can lead to delay in ongoing financial inflows, possibly combined with banks tightening their lending policies and giving out less money even to established sustainable social enterprises.
Donors might face difficulties, in the private sector and individuals.

As SMEs and corporates might need to reduce their increased cost (for example through exchange rates through falling value of the pound already affected many) this might increase financial pressure on suppliers, including social enterprises, and higher expectations are put on government procurement policies and practices to implement the Social Value Act (Public Services Act).

This research stream aims to identify what actual impact is affecting:

We are interested in working with the Third Sector or civil society organisations to: