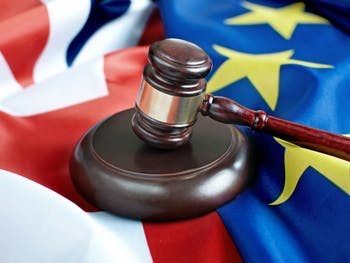 This stream seeks to engage with the legal issues arising from the referendum result of 23rd of June, predominantly focusing on the corporate and public law questions.

The UK has now invoked Article 50 of the Treaty on the European Union (TEU). The triggering of this has led to negotiations with the other 27 Member States of the EU.

Today it is still not clear whether it will be a hard or soft Brexit regarding corporate law issues. The corporate law stream will outline possible outcomes for both, by drawing typical scenarios.

A hard Brexit could lead to significant changes to UK company law not only in the short term but also in the medium term. In this context, the corporate law stream deals with a high number of different incorporations: First of all, there are many companies that are incorporated in the UK for arbitrage purposes, but that operate merely in the other parts of the European Union. Before the Brexit negotiation ends, these companies should convert into a corporate form of their own. The alterative would be to convert into a corporate form of another European Union Member State.

Furthermore, many companies have their head office in London or the UK in general and are incorporated as a European Company (Societas Europaea, SE). The SE Regulation requires that the company is set up in the European Union, this means that the registered office and the head office are located in a member state.

If the registered office and the head office of a SE are located in the UK, the company will have different options for action: The first one is to create a completely new legal person. This means that it is not necessary to think about a winding-up, as it is written in Article 8 SE Regulation too. A second option is to transfer the seat to another Member State as the SE Regulation applies to all Member States. Regarding British SEs the obvious option would be to reincorporate as a company under English, Northern Irish or Scottish law. An advantage for the last alternative is that British lawmakers are very keen to support those steps as they would keep the companies in the UK.

The corporate law stream will not only focus on the UK:  Next to the British SEs, there is another issue with companies in Germany that are incorporated under English law. This was the case for approximately 48,000 companies in a seven-year period between 2004 and 2011. After Brexit negotiation, they will no longer be able to make any use of the freedom of establishment (TFEU).

Another issue is the real seat doctrine with the two following scenarios: With regard to a radical version of the real seat doctrine, the company in Germany that is incorporated under English law will be seen as non-existent. That is why all the remaining assets and liabilities of that company will not have owners starting from this point of time.

Regarding a softer version of the real seat doctrine, the company will be allowed to continue the business by providing them with a corporate form that is an equivalent to the former one in the specific member state. With a comparative view on Germany and the UK, an English private limited company (PLC) in Germany would be changed into a Gesellschaft bürgerlichen Rechts (GbR), the German equivalent to the PLC.

As a result, the GbR would remain the owner of the shares.

Nevertheless, there could be huge amendments when it comes to the firm’s liability. Due to the particularities of German Corporate Law, the shareholder would no longer be able to invoke the limitation of the liability. This is contrary to English law, where it was possible to invoke the limitation of the liability. Moreover, the firm’s management has to consider all the new regulations as some acts taken before Brexit could be invalid under German corporate law.

Reynolds, B., A Blueprint for Brexit: The Future of Global Financial Services and Markets in the UK (Politeia 2016), available at

Schroeter, U. G. and Nemeczek, H. (2016) The (Uncertain) Impact of Brexit on the United Kingdom’s Membership in the European Economic Area, 27 European Business Law Review.