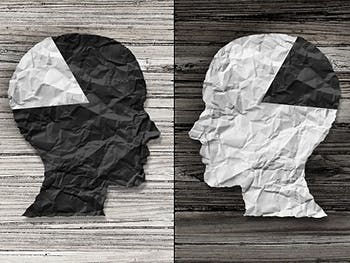 In 1992 Derrick Bell called for a reformation of civil right strategies rooted in notions of ‘racial realism’. Put simply Bell feels that ‘racial idealism’ is a position that advocates for racial reform, but with a focus that is not achievable based on the limitation placed on Black people within society as a whole. Bell further sees the need to both understand and respond to recurring aspects of the subordinate status that impedes the development of marginalised groups such as Black people within society. The need for transcendent change is at the core of Bell’s thinking. An extension of Bell’s thesis was in the development of Critical Race Theory (CRT).

Solorzano and Yosso see CRT as a theoretically grounded approach to research paradigms, texts, and theories used to explain differential experiences of people of colour. CRT offers a liberatory or transformative solution to racialised subordination by using interdisciplinary means. CRT has been widely associated with law, education, and more recently sport, and uses storytelling as the basis of its theorising as a means of privileging the voices of those who are oppressed and subordinated by white privilege and supremacy.

Stories within a CRT framework are split into two categories: ‘majoritarian’ stories and ‘counter-stories.’ Majoritarian stories, as the term suggests, privilege the collective narrative of those who have the power to subordinate, while counter-stories operate as an oppositional narrative told through the voices of those subordinated. Delgado and Stefancic 2005 cite several tenets that locate CRT as an analytical framework.

CRT therefore offers new insights with which to explore and explain the understanding processes of ‘race and the racialisation’ of crime and criminal justice systems. Differential Racialisation calls attention to the way the dominant society racialises different groups, in different ways, in different times, in relation to structures such as the Brexit decision. The ability to contest this position of ‘differential racialization’ involves interrogating how the narrative of Brexit produces, or does not produce social/racial change.