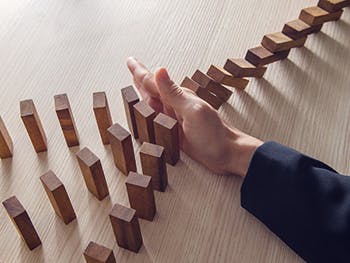 The Brexit vote was highly regional in its distribution, with South East England, Northern Ireland and Scotland voting to remain and most of the rest of England and Wales voting to leave (here are some maps showing the overall result and the voting breakdowns and turnout according to age and region).  Though the referendum was national, and the result is binding on all regions of the UK, this regionality might nevertheless have important implications in the implementation of the final Brexit arrangements (whatever they are).

The approach to Brexit both before and after the triggering of Article 50 will be influenced by this regional pattern and it is notable that the Attorney Generals for both Wales and Scotland were represented in the Supreme Court hearing on 5-8th December 2016.  The Attorney General of Northern Ireland has not joined proceedings at the Supreme Court because there are separate proceedings currently before the courts in NI following the rejection of two challenges to the Prime Minister’s mandate to trigger Article 50 in the Belfast High Court in October 2016.

The governments of the devolved regions will pay particularly close attention to developments because their constitutional arrangements permit a large degree of autonomy in their approach to Brexit and post-Brexit arrangements.  All three regions now have primary legislative powers and Wales and Scotland at least have made full use of them.  The exercise of these powers post-Brexit could, for example, result in even more diverse approaches to important areas of public governance such as employment, health, education and environmental protection – to name just four.  Moreover, these approaches could well be very different in terms of their continuing deference to EU law.  In Scotland for example, the Scottish Parliament may decide to use EU environmental and labour law to guide their own.  Even in Wales, where the majority voted pro-Brexit, it may be the case that Brexit, in practice, could be considerably ‘softer’ than in England.

In Northern Ireland the stakes are potentially even higher, and there has already been considerable disquiet about the effects of Brexit on the peace agreement which brought an end to the Troubles.  Also NI will have the only land border with the European Union post-Brexit and this is likely to have profound implication for the degree of cooperation and interface between that part of the UK and the EU, both functionally and legally.  The movement of people across Irish borders in particular is likely to pose unique problems.