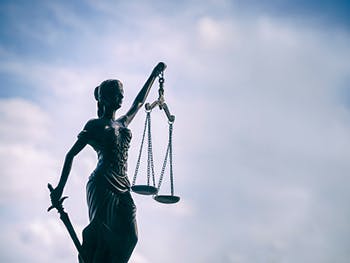 The proposed triggering of the Lisbon Treaty, Article 50, for the process of the United Kingdom leaving the European Union will have significant implications for the promotion and protection of human rights. The Charter of Fundamental Rights of the European Union which was adopted in 2000 and came into force in 2007, has equal status to the treaties, and it establishes ‘rights’ and ‘principles’ for the protection of individuals and identifiable associations within the member states of the EU. The Charter establishes the protection of:

The EU has a sophisticated human rights framework. The Commission, Parliament and Council perform various roles in establishing the legislative standards, which enhances the Charter’s mandate within specific human rights contexts. Individuals seeking redress claiming human rights violations can bring action in domestic courts and then if they are not satisfied that the member state is observing EU law, they seek redress through filing an application within the Court of Justice of the European Union. The case law of the Court of Justice has long aligned itself with the rights traditions of the member states, and protecting human rights as a core feature of EU policy.

In 2012 the EU’s Strategic Framework on Human Rights and Democracy established an Action Plan (2015-2020) and the first appointment was made of the EU Special Representative for Human Rights with the mandate for improving the effectiveness of human rights protection and increasing the visibility of the EU’s human rights policies. Through the European External Action Service, and the role of the EU’s High Representative/Vice President, the EU initiates its external project for promoting human rights globally.

The UK's leaving of this political region may significantly curtail the safeguarding of human rights. It is likely that the legal situation will be that there is a severance of the enforceability of EU law, but some aspects may have a residual effect and application in our domestic jurisdiction. The leaving of the EU will also ineluctably diminish the UK governments’ ability to effect EU human rights policy internally, and negate opportunities to contribute to the external human rights project.

The consequence of leaving the EU will be that the remaining European oversight of human rights protection in the UK is confined to the Council of Europe. The CE’s Committee of Ministers has the function of ensuring that the Member States implement human rights standards, and the European Court of Human Rights provides adjudication following individual claims of violations. The current UK’s Human Rights Act 1998 provides for the processes of the protection of rights under the European Convention of Human Rights within UK law. However, following the initiation of Brexit, the UK government has expressed an intention to initiate a further policy for the amendment or repeal of the HRA, which will neutralise the effect of CE human Rights and curtail the jurisdiction of the European Court of Human Rights.

What the possibility of Brexit demonstrates is that there is a significant need to ensure that the human rights of all in the UK are continually protected. This will be an evolving process which necessitates the ever-present scrutiny of the law and policy on this subject, but also reveals the compelling need for the continuous contributions of stakeholders including civil society and the wider Third Sector.